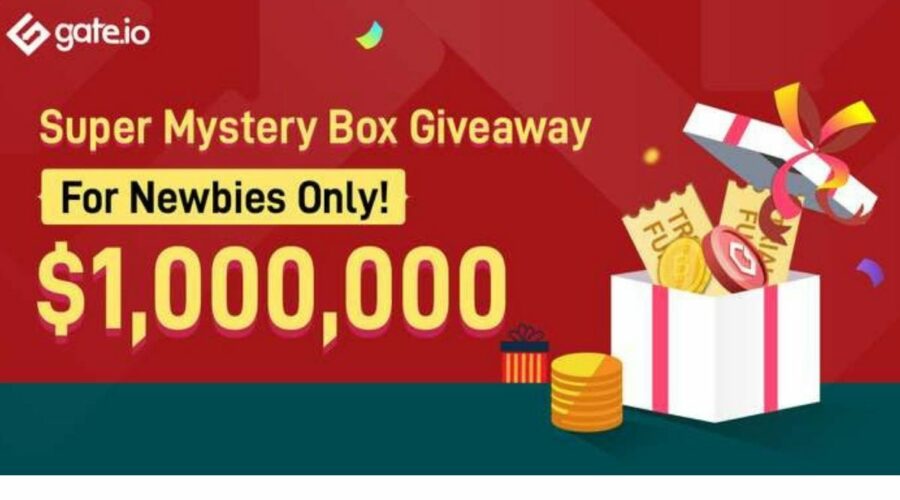 Global crypto exchange Gate.io has unveiled a campaign dubbed the Super Mystery Box Giveaway meant for new users in the next two months. According to the company through a press release, the campaign will give new users a chance to win up to $1 million in prizes. At the time of reporting, over 50,000 new users had opened the mysterious box.

“Users who successfully sign up to the Gate.io exchange will be able to pick a mystery box with guaranteed prizes from the dedicated giveaway page,” the company noted through the press release.

In a bid to ensure the program is beneficial to all new users, Gate.io has included a bonus giveaway to all newbies. Notably, the bonus is set to be distributed immediately to each new user after a successful registration. The company has noted that it is very keen on any malicious behavior from anyone’s account that wants to open multiple accounts to access several prizes.

In addition to the Super Mystery Box Giveaway, Gate.io has announced that users can also benefit from a referral program. According to the company, the referral program requires users to share unique referral codes with friends, family, and even their fans. Notably, should a new user sign up through the referral code, the initial owner of the code is entitled to a 40% commission of all the trades.

To make things more interesting, Gate.io has set no limit to the number of users that can sign up via a referral code. Consequently, one can make a decent passive income from the referral program besides being involved in the ongoing mystery box.

There are notable benefits that come with registering for a new account with Gate.io. Besides accessing the crypto industry through a trusted marketplace, newbies now have a chance to earn passively. In addition, the company has over 800 listed digital assets for its users to trade with. Moreover, Gate.io users can invest in new projects launched through the IEO platform.

Gate.io has also ventured into the non-fungible tokens through the NFT magic box platform and also provides users with a yield farming platform.

Founded back in 2013, Gate.io has grown with the crypto industry to one of the leading global crypto exchanges.

17/08/2021 Crypto Comments Off on Gate.io Launches Campaign For New Users With Up To $1M In Prizes
Markets