FXSpotStream LLC, the aggregator service of LiquidityMatch LLC, said it hired Matthew K. Fic to be its senior vice president, head of sales in the Americas.

The appointment comes little more than two years after Matthew left UBS, where he had been executive director and head of eFX Sales for the Americas at the Swiss bank. In that role, he was responsible for sales of UBS’ foreign exchange trading services for a client segment that covers asset manager and hedge funds, with a focus on API clients. 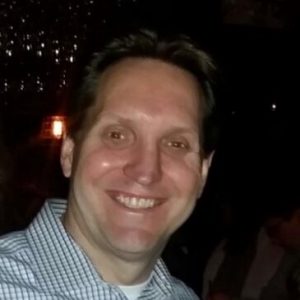 An eight-year tenure took Fic’s career at UBS between 2011 and 2018, where he originally joined the bank responsible for eFX sales in North America. This position was preceded by more than four years he spent at the bank earlier in his career, having held different roles as FX business analyst from 2001 to 2005.

Prior to that, the FX veteran occupied a similar role at broker-neutral technology firm FlexTrade, where he spent more than five years as head of sales in its FX division.

While at FlexTrade, he managed teams of electronic FX salespeople and developed relationships with the industry’s C-level executives, portfolio managers and heads of trading. Designed as a multi-asset platform, FlexTrade provides sell-side institutions with an end-to-end solution across multiple desks, trading styles and regions, and streamlines the trading process from receipt of client orders to the post-trade analytics of execution.

Fic brings nearly two decades of experience to FXSpotStream. He will head the sales effort at the aggregator service of LiquidityMatch, aimed at corporate treasurers, asset managers, hedge funds, banks and brokers.

“We are delighted to announce the appointment of Matthew Fic as our SVP – Americas Head of Sales. Matt is an FX industry veteran, having worked at almost 17 years in various roles, most recently as Head of Electronic FX Sales Americas (Executive Director). Matt holds a bachelor’s degree from Murdoch University in Australia and an MBA from the University of Notre Dame (Australia),” FXSpotStream said.