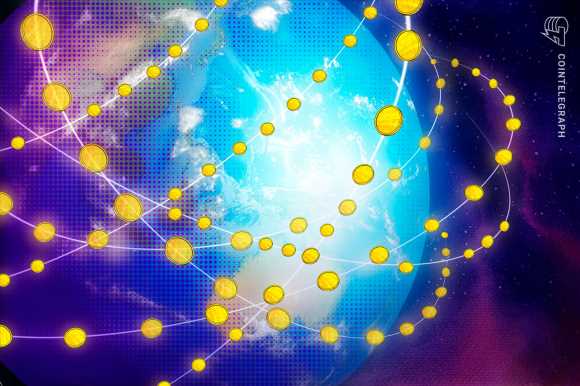 Actor Terry Crews, known for his prominent character in the Brooklyn 99 TV series, is launching his own social currency, $POWER, through social crypto platform Roll.

Talking to TechCrunch, Crews said that the currency is a means to empower artists. His vision for the currency is for people to earn $POWER by selling their art, NFTs, physical goods, and experiences.

Although details around the token are still vague, according to the project’s website, there will be a cap of 10 million coins (3.34 million are currently in circulation). The founders, being Crews, Michael Peña (known for Shooter, Tower Heist, Battle: Los Angeles, and many other films), and Dakota Xentaras, “will pool the currency onto some mainstream exchanges (Uniswap) to determine its initial market offering and reward early $POWER members and adopters.”

The platform Crews is using to launch his social money, Roll, raised $2.7 million in funding in late 2020, and with around 300 creators, has already surpassed a $1.5 billion market cap.

Powered by Ethereum, Roll allows individuals to create their own ERC-20 tokens to help the creator get closer to fans and consumers. There are currently 44 social currencies on the platform, with the most expensive one sitting at $77.62 — rising 87% in the last 24 hours. Called “Friends with benefits,” it has no description and is unclear what this is used for.

Owning $POWER is owning a piece of Crews, he said, “There’s no other way to put it. And I want to be very careful about who is holding me, no puns intended.”

Crews is yet to reveal the true extent of what “owning a piece of him” actually entails, although it is noted that early token holders will have “access” to to their team.

“As an early $POWER member, you’ll have access to our team, and a hand in helping shape the world of $POWER and how it serves artists (read: you) in the digital and physical marketplace.”

To date, $POWER tokens have been distributed to approximately 100 people and Crews is engaging with the currency’s community through Discord.

The actor hopes to eventually add interest-free microloans to artists as another feature of the $POWER token.

“That’s our long-term plan, to become this thing that this community canlive and exist in. You could use it anywhere you are — at Target, the grocery store.”

The drive for this new ecosystem reportedly comes from an experience the actor had about four years ago in Milan, Italy. He was unable to access some of his money through a local bank to purchase a piece of designer furniture from an artist.

“And I’m watching all these white men and women pass me in line, and they’re looking at me strangely,” Crews said. “I’d been standing there for 15 minutes and it slowly dawns on me that because I’m Black, I was not going to get my money. That was the moment I knew everything had to change for me.”

“Bringing it up still makes me angry,” he said. “What I love about this new world of finance is that cryptocurrency does not know what race you are, how old you are.”

Crews hopes $POWER will put power back in the hands of artists and creators, he explained.

Famous rapper Akon, who is creating a currency for a technology city in Kenya, partnered with Roll last year in an effort to provide support for African influencers to create their own currencies, and in return, can choose to support the celebrity’s various business ventures.