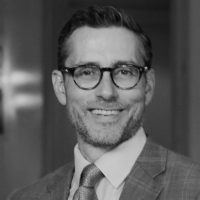 Crypto investors got a peek behind Tether’s curtain this week, as the digital currency disclosed how its $62.5 billion in reserves are being managed to back its integrity as a so-called stablecoin linked to the US dollar. Tether is the third biggest cryptocurrency following Bitcon and Ether.

Tether revealed that nearly half of its assets were placed in traditional CDs and other commercial paper. The Wall Street Journal reports that around 93% of the notes held had credit ratings of A-2 or higher, “indicating an investment-grade” rating.

Should investors be relieved? We share remarks below from financial regulatory attorney Ashley Ebersole with Bryan Cave Leighton Paisner. Ebersole was formerly an enforcement lawyer with the SEC and has extensive experience with digital assets.

“The New York Attorney General’s previous enforcement action exposed that Tether’s “US Dollar Peg” had not always been supported 1-to-1 by US dollar reserves. If Tether purchasers need to rely on the company’s actions and selection of assets to ensure the coin’s price stability, rather than it’s simply being ensured by holding sufficient dollar reserves, it starts to look more like a security or at least an instrument whose holders should have access to fulsome disclosures in that regard. Such disclosures were mandated by Tether’s settlement with the NY AG, and Tether’s recent reports would appear to indicate the coin is sufficiently backed by a stable asset mix. At the very least, the composition of this backing is now fully disclosed and prospective purchasers can make an informed decision.”

While at the SEC, Ebersole was a member of the Commission’s cross-division working groups, shaping agency policy for what became the blockchain. He has a strong working command of capital markets, having previously been an investment banker.