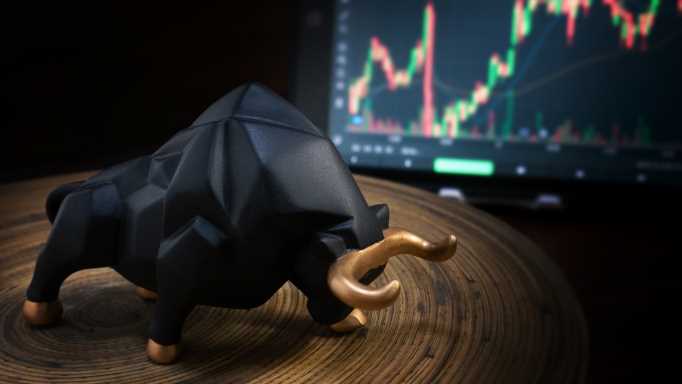 Bitcoin price is back at $50,000 and until either support at $30,000 is broken to the downside or a new all-time high is set, the direction of the market won’t be as distinguishable.

Fundamentally, the network continues to grow, and sentiment remains high surrounding the cryptocurrency space. Better yet for bulls, here are five outrageously bullish charts filled with technical signals that suggest that bulls have very little fear about what could come in the months ahead.

Weekly RSI is holding in the bull zone | Source: BTCUSD on TradingView.com

To begin with the easiest chart to read, we’ll present the weekly Relative Strength Index. The current leading cryptocurrency by market cap just reclaimed the de-facto line in the sand between a bull phase and bear phase.

For those looking for evidence of a bear market, you won’t find it on the chart above. After the peak was put in December 2017, Bitcoin price immediately plummeted below the line to kickstart the most recent bear market. The weekly RSI is back holding above this line – which following the December 2013 peak was lost and a bear market began.

The weekly LMACD has also recently flipped bullish, but the comparisons to previous bull markets aren’t as immediate apparent. If anything, there are more similarities with the 2013 cycle versus 2017, where the indicator never fell below the zero line after moving above it. Bitcoin price action currently has pushed momentum back above the zero line and is currently crossed bullish.

Related Reading | Proof-of-Work: Bitcoin Back Programs That Put Your Money To Work For You

A parabolic curve supports the price action in all examples above and below. Also in the chart directly below, the Ichimoku shows that during past bearish phases, Bitcoin price action sliced through a steep and thin cloud, while price action today is well above the cloud on weekly timeframes.

BTCUSD is well above the cloud | Source: BTCUSD on TradingView.com

Another bullish impulse would cause yet another steep rise in the cloud, which the cryptocurrency could later cut through to begin the next bearish cycle. But that is likely still plenty of weeks away according to the indicator. Not everything is rosy, however, according to the Ichimoku.

Bitcoin is currently above the baseline (Kijun-Sen) and conversion line (Tenken-Sen), but the two lines are still crossed bearish. A bull cross driven by another impulse could do the trick.

The Bollinger Bands are curling upward while above the middle-SMA | Source: BTCUSD on TradingView.com

The Bollinger Bands on weekly timeframes also hint another bullish impulse could soon be coming. Prior to past impulses, the bottom bands curled upward, before expanding in both directions with price action passing the middle-SMA then riding the upper band to local highs. Another ride up the bands after a third major bullish impulse might be the final trip to the final bull market peak.

Elliott Wave International recently shared a video discussing Bitcoin and a potential fifth wave brewing. Packaged with the video was a detailed explanation of the study where Elliott Wave Theory was compared to a “roadmap” that could potentially be followed.

If Bitcoin price really is finishing up a corrective wave four and about to enter a wave five impulse, it would be the grand finale for this cycle.

For added measure, the Parabolic SAR is turned on, highlighted in green for the sake of showing a new uptrend could be in its early stages. But the real meat and potatoes of the chart are the waves and their structure.

Drawn from where Bitcoin broke down to bear market lows to across both major local highs since the bottom was put in, we have a potential target for where a wave five might end. According to Elliott Wave Theory,  wave two and four alternate in length and severity, and the third wave is typically the longest, strongest, and easiest to recognize.

Wave five is usually around the same length in power and duration as the first wave – and also just so happens to line up with the previous mid-cycle pullbacks. If accurate, the cryptocurrency could run around 325% or higher from the bottom around $30,000 and bring the high of this cycle to around $125,000 to $150,000 per BTC.

Fifth waves can extend, however, and match or even exceed the length of a wave three, so truly any outcome is possible with an asset with this much potential application.