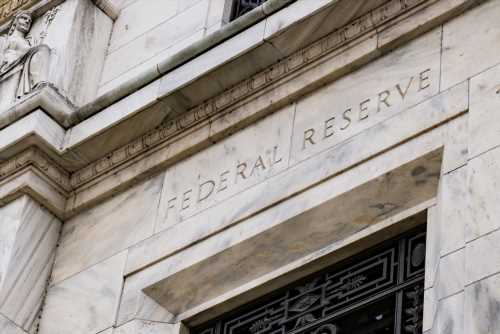 Bitcoin is crashing again, temporarily plunging it to below $20,200 earlier today, as spooked traders have frantically been selling off the cryptocurrency before the US Federal Reserve is expected to do something it hasn’t done in 28 years — increase interest rates by three-quarters of a percentage point.

In response to soaring inflation and volatile financial markets, the central bank will hike the rate that banks charge each other for overnight borrowing to a range of 1.5%-1.75%.

BTC and ETH has fallen to trade just above $20,000 and $1,000, respectively, as the selloff across broader crypto markets continued. This means the total value locked (TVL) of tokens across all blockchains declined by over 8% in the past 24 hours.

Mikkel Morch, Executive Director at crypto/digital asset hedge fund ARK36, is closely following the price movements, he says, “Bitcoin has been really caught in the crossfire these past few days. There is still a huge gap between nominal rates and real rates so there is much more room for the Fed and other central banks to hike in the months to come. Investors can’t realistically expect risk assets to have a more sustained uptrend until the Fed pivots.

Additionally, some parts of the broader crypto ecosystem are facing a rather harsh reckoning. As the reality of the bear market starts to settle in, the hidden leverages and structural weaknesses of projects that only worked when the prices went up are finally brought to light. In the long term, tokens with strong use cases and utility will survive – as they did in the previous bear markets. But some companies within the space have had unsustainable business models and now present a contagion risk.

So Bitcoin is hit with a double whammy and it is more than likely that we are going to see sub-$20K prices soon. Some are calling for $12K – and while this can happen, we think that this price tag has a relatively low probability for now. Today, all is in the hands of the Fed. A 75 basis point rate hike would likely take us to $16-18K. On the other hand, a 50 basis point rate hike could result in a substantial bounce – likely to the $24K resistance levels.”