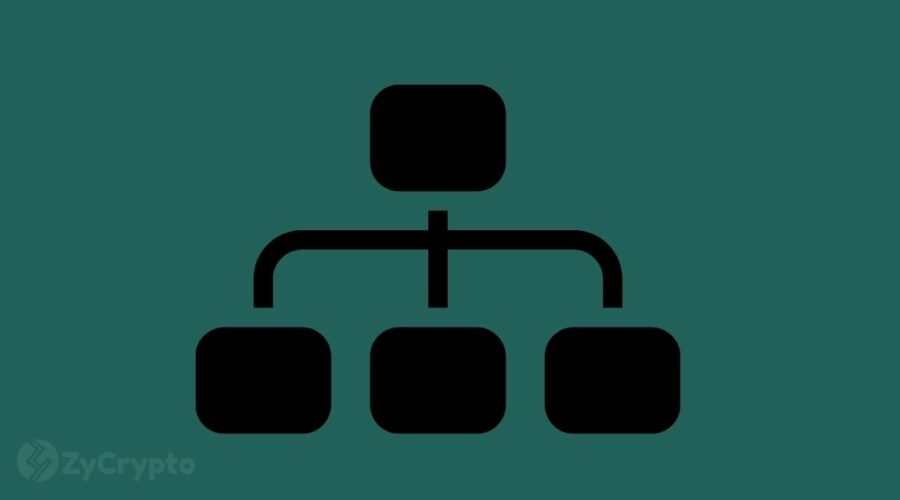 Elon Musk on Monday highlighted efforts put forth by the developer community scaling up Dogecoin’s technology in response to a community member’s tweet, terming it as “important.”

In the weekend tweet, one crypto enthusiast referred to as the ‘Doge Whisperer’ took some time to update the doge community on the recent developments behind the most popular meme coin, disclosing that 205 computers were already running the newest update, in reference to Dogecoin Core 1.14.4.

However, according to the dogecoiner, more nodes are needed to upgrade to 1.14.4. Once a higher percentage of new nodes are running, a new update will be released which will help secure the network & lower the transaction fees.

This upgrade is a major leap forward for the giant coin given that in June, Elon had supported a proposal to reduce the average fees for standard transactions on the Dogecoin chain which entails splitting full control over all aspects of fees between miners and node operators, relying less on core development and bringing back a functional (small) free transaction space that incentivizes on keeping the network healthy.

According to the official announcement on the release in late August, the Dogecoin 1.14.4 node is one out of two minor versions releases, the other being 1.14.5. Although it is not a major upgrade the 1.14.4 node release has included various bug fixes and performance improvements and is largely seen as laying out a path for the major 1.12 upgrade whose release date is yet to be announced.

The upgrade has most notably prepared the Dogecoin network for future fee reductions which will see the default fee requirement for transaction relay significantly slashed to 0.01 DOGE. The average transaction fee currently stands at 2.62 DOGE($0.714) according to data on BitInfoCharts.

The upgrade is also set to increase freedom for miners where wallet and node operators will now be able to agree on fees. This is despite there already being a set of default codes in the network as the upgrade has eased controls for operators to deviate from built-in defaults.

Devs view this upgrade as key in implementing the lower fee recommendation once the network has adapted to the relay defaults introduced with this version of Dogecoin Core.

Despite Dogecoin putting out an impressive return of 5,852.71% year-to-date and 42.92% gain in the last month the coin has remained largely trapped in a ranging move especially after the May-June pullback. At press time, the coin price was changing hands at $0.2725 -$0.2800 area. 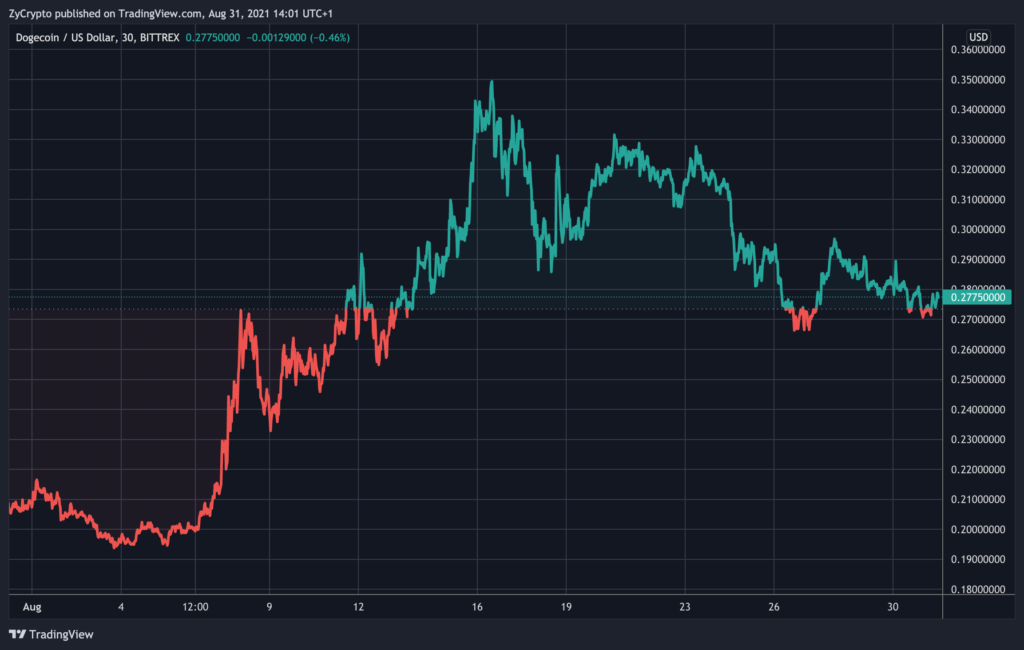 The launch of a major upgrade on the coin’s network lowering transactions fees would send prices skyrocketing as it joins other competitive cryptocurrencies such as Ethereum and Chainlink which have already upgraded their networks.