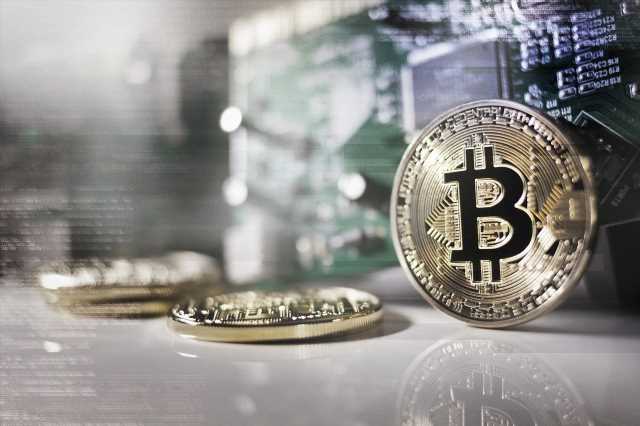 The Legislative Assembly of El Salvador has issued legislation on the approval of a $150 million Bitcoin Trust. In addition, they passed legislation supporting crypto services and infrastructure development across the entire country.

They passed the bill on August 31, and 64 officials voted in support, while 14 opposed the creation of the Bitcoin Trust. The Trust aims to enhance BTC to U.S. Dollars conversion and support the essential technological infrastructure. This will enable the widespread adoption of digital assets.

The government of El Salvador has mapped out $23.3 million for establishing crypto ATMs. They have also set aside $30 million for incentivizing the use of Chivo, the state-backed wallet.

Bitcoin To Be Used As Legal Tender

The news came just a week preceding the set implementation time for the controversial Bitcoin law of the country. The legislation will recognize BTC as legal tender across the Country by Sept. 7. The country currently uses U.S. dollars as legal tender. Bandesal, the Development Bank of  El Salvador’s was appointed to manage the Bitcoin Trust operation.

El Salvador plans to redirect the $150 million from their $500 million loans with (CABEI)Central American Bank for Economic Integration. They took the CABEI loan for economic recovery for medium and small-scale businesses.

In addition, the government will channel $23.3 million of the funds to support the establishment of government-approved crypto ATMs. This will allow the residents to exchange Bitcoin for USD and verse versa.

Moreso, $30 million was also mapped out for incentivizing the citizens to continue adopting Chivo, the Government’s digital wallet.

Statement From The President

President Nayib Bukele announced that the government would airdrop $30  Bitcoin to all Salvadoran adults who download Chivo wallet. He added that the country’s population is 6.5 million, which is high enough.

This suggests two things; the first is that the government thinks Bitcoin adoption will be less. The second option is that they are yet to allocate enough Bitcoin that will go round.

Today in related news, Koibanx announced that it signed an agreement with the El Salvador government on cryptocurrency infrastructure. The deal is to develop the county’s infrastructure on digital currency with Algorand’s open-source blockchain.

Many citizens of El Salvador, including people from international organizations, have been skeptical about El Salvador’s Bitcoin Law. The law has also witnessed some critics too. 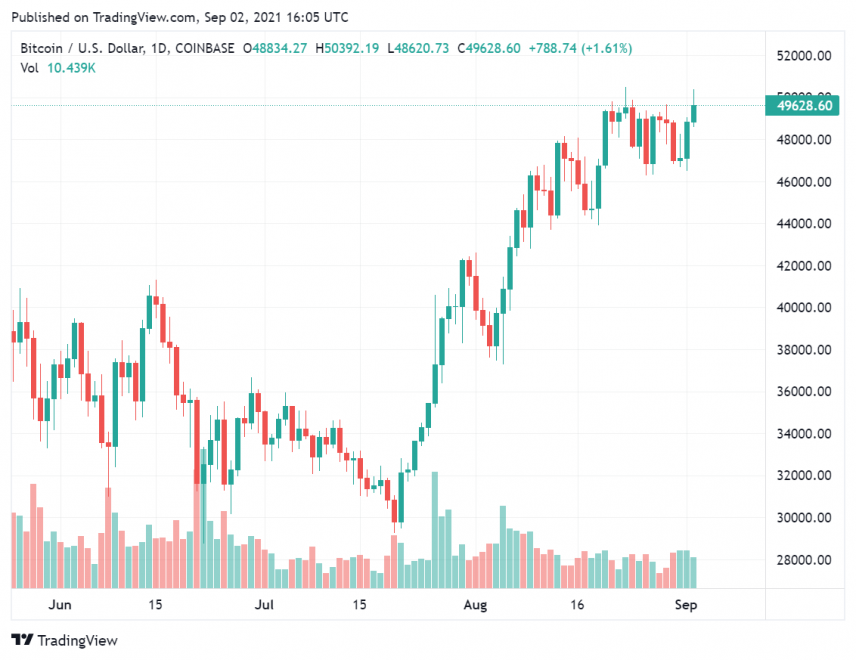 BTC is on the verge of breaking the $50K barrier | Source: BTCUSD on TradingView.com

Maria Luisa Hayém Brevé, the country’s Minister of Economy, has stated that the government focuses on crypto education. She added that they use crypto incentives to complement the high rate of uncertainty among their population.