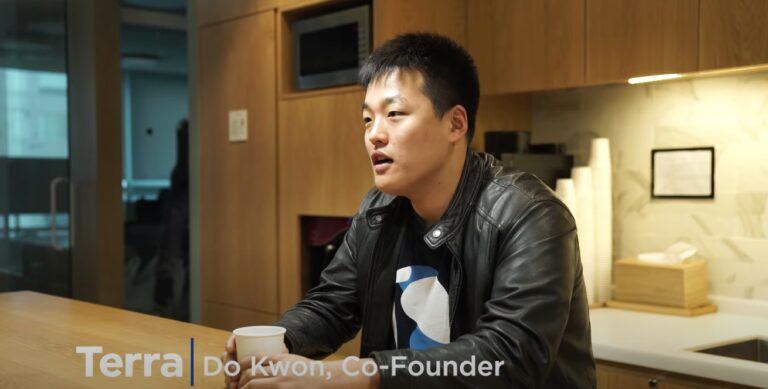 In a recent interview, Do Kwon, Co-founder and CEO of Terraform Labs — as well as a director at Luna Foundation Guard (LFG) — talked about the Terra protocol in general and $LUNA and $UST in particular.

Kwon’s comments were made on episode 335 of journalist Laura Shin’s “Unchained” podcast.

This article looks at a few important highlights from that interview.

“The idea is that in order to mint TerraUSD (UST), which is a stablecoin pegged to one U.S. dollar, you need to burn a dollar’s worth of $LUNA in order to do so.

“And then on the other side of the trade, If you’re looking to redeem one TerraUSD, you can trade it into the blockchain, and get a dollar’s worth of $LUNA in return. So the idea is that $LUNA, as a staking asset, expands and contracts the supply to absorb the demand volatility for Terra stablecoins.

“We’ve had some pretty good success with this. So, TerraUSD is currently the fourth largest stablecoin in the world at roughly around 16 billion dollars in market cap. And within a relatively recent feature, looking at its current growth trajectory, I think it’s going to be number three relatively soon.

“We recently made announcements whereby we’re bootstrapping a large decentralized forex reserve in the form of Bitcoin. We’ve initially seated this reserve with about 3 billion dollars in assets, and we’re in the process of converting all those exogenous assets into Bitcoin. And then, we have plans to grow this to some meaningful percentage of $UST market cap within the next year.“

Why Terra Protocol Decided to Use Bitcoin

“So, the first phase where $LUNA absorbs demand volatility for the $UST is reasonably robust and as $LUNA market cap grows, is going to get more and more robust, but it also has the downside that in sort of drastic changes in demand, you could lead to death spiral situations, where the price of $LUNA is falling at the same time as the money supply of $UST contracts…

“Similar to how a lot of export based economies in the real world provision forex reserves to sort of control the short-term demand fluctuations in its currency, it became a natural choice for Terra to provision its own forex reserve as well, except in line with what we’re trying to do here, it makes sense to do this in a decentralized fashion by setting a smart contract against which people can trade in Bitcoin to mint more $UST, and vice versa redeem $UST against Bitcoin.“

The Role of $LUNA Going Forward

How Much Bitcoin Collateral $UST Should Have

“So, for example, if we build that Bitcoin reserves at around like 40%… Here’s what I think about [this].

“The first is I think it’ll take rare events for $UST supply to contract by 40% in a short-term time period. So at a 40% reserve ratio, I feel like we would be collateralizing more than we need to, especially because the core stability mechanism is still good. But what the Bitcoin reserves will play a part in doing is that it would prevent death spirals because it would drastically slow down the pace by which means new $LUNA is being minted to facilitate reductions.

“Second, I think in a long-term arc, we plan to be one of the largest, if not the largest, single-wallet holder of Bitcoin — the Terra protocol itself — and I think over the long arc, the price of Bitcoin is going to do well. So, I think the reserve ratio that we end up with in the long term is going to be a lot higher than the reserve ratio that we paid for at acquisition.“

04/04/2022 Crypto Comments Off on Do Kwon: Terra Protocol Plans to be Largest Single Wallet Holder of Bitcoin
Markets