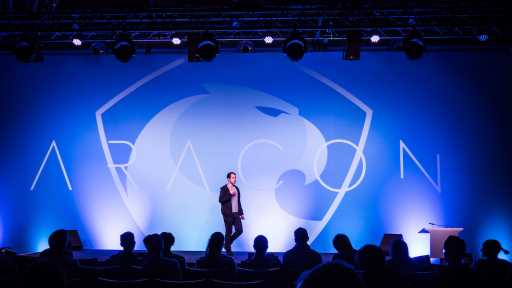 Twelve staffers involved in the Aragon Network have announced their resignations Thursday due to an apparent lack of financial transparency.

In a letter posted on GitHub and shared in the group’s Discord channel, AA governance lead John Light said he was leaving. “I no longer recognize the place that I used to love to work,” he wrote. “I believe it no longer reflects my values, nor the values of the Aragon Manifesto.” Light was with the AA for three years, according to his blog.

While Light declined to comment to CoinDesk, he implored in his letter for the AA to “to publish all meeting minutes and financials for public review” going forward.

Light’s resignation was then followed by 11 other public resignations of staffers of Aragon One, the for-profit firm leading the protocol’s development. Almost every resignation post in the project’s Discord channel was linked to Light’s letter. CoinDesk has reached out to several former Aragon developers for comment.

The mass exodus of Aragon developers was preceded by some 52,000 in ether (ETH) from the project’s 2017 initial coin offering (ICO) moving onto various exchanges on Dec. 15 and Dec. 22.

At least some of that ETH – worth $63.9 million at press time – was moved into various other cryptocurrencies and tokens, particularly the dollar-pegged tether (USDT) stablecoin. It’s unclear if the mass transfer of funds was a catalyst for the resignations. Light declined to comment.

The AA retains ownership over the group’s ICO funds, according to the Aragon Manifesto, which was the fourth-largest ICO at the time of its completion.

Aragon Association co-founder Luis Cuende said the ETH was moved for “portfolio diversification” when asked by community members in Discord.

“While I am saddened to see these resignations, some divergence in the approach to building Aragon, or any project for that matter, is inevitable,” said Aragon Association Executive Director Joe Charlesworth. “The Aragon Association was proud to have funded the valuable work of third party groups such as Aragon One. Ultimately, however, Aragon is bigger than any one individual, and it is bigger than any one group.”

In a statement on Discord, Aragon One CEO Jorge Izquierdo said: “For now I just want to say that I feel the deepest respect for all the Aragon One team members that have decided to leave upholding the Aragon Manifesto to the direst consquences. You guys are Aragon and your loss is irreplaceable.”

UPDATE (Jan. 7, 20:49 UTC): This article has been updated with quotes from Charlesworth and Izquierdo. Additionally, while Light was employed by the Aragon Association, the 11 other resignees were employed by Aragon One.