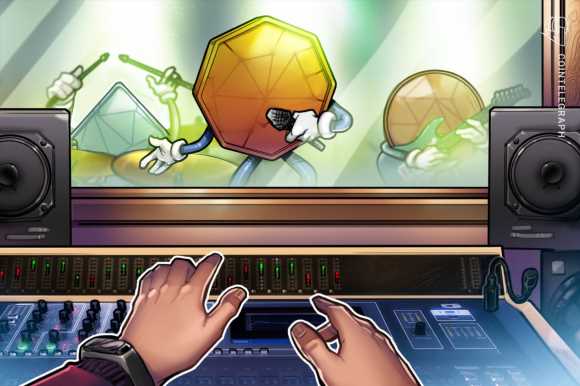 A recent collaboration between two prominent social influencers has resulted in a device that creates sounds (or music) based on cryptocurrency’s infamous price volatility. In what has been termed as the collaboration of the century, Estefannie and LOOK MUM NO COMPUTER (Sam Battle) joined hands to bring a “cryptocurrency-measuring musical machine to life.”

Sam has also shared his efforts to build an analog synthesizer that has been made publicly available for his followers. In his explanatory video on building the “analog synthesizer musical machine”, Estefannie explained,

“This would be a great tool to know when to sell and when to buy.”

The final output of the duo’s efforts has been showcased through an hour long YouTube video, however, the coin charts used for this specific performance remains a mystery for the fans.

While the influencers have uncovered a whole new spectrum of possible innovations around the crypto-synth genre, we are far from expecting an epic bass drop anytime soon.

Running on a similar wavelength as the innovation above, Chinese artist Huang Heshan launched NFT-based real estate in collaboration with a blockchain gaming firm Web3Games.

Sold against the Chinese renminbi, investors can reportedly buy virtual structures such as “luxury single-family villas,” 300 high-end units, and 1,000 “umbrella” parasols. Apart from the rise in the number of investors, the crypto space has become home to the next wave of innovators across all walks of life.