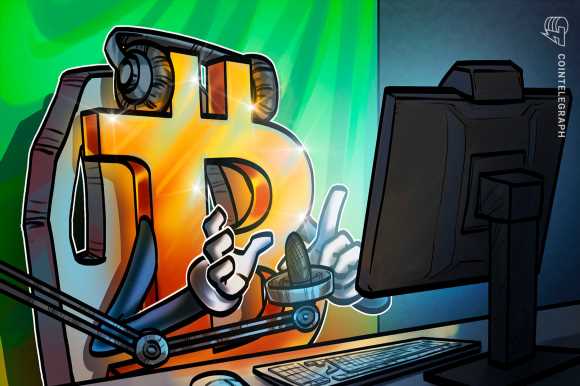 Nicholas Merten, also known as DataDash, found Bitcoin (BTC) when it was $3. But, like many people at the time, Merten was very skeptical about crypto and found it crazy for people to be buying what he thought was “fake internet money.”

Merten’s story started with a hint of inspiration from a conversation with his teacher back in 2011. At the time, he believed that he had no passion. But one day, a spark lit up through his social studies class when the teacher encouraged him to watch presidential debates. As he watched, he saw politician Ron Paul share different takes on the debate’s topics.

“This event sparked a dopamine rush in my head,” said Merten. He was inspired and started to become interested in foreign policy, economics and finance and studied the topics. From there, he went on to learn about the 2008 global financial crisis and learned how inflation works. He knew that with the way things were going, there is a need for a way to hedge against inflation.

As he went through his journey, he opened a brokerage account with the help of his dad and was able to buy his first stock. Eventually, he dived further into finance buying marijuana penny stocks to solar companies stocks. He then a video explaining BTC, and found it interesting at first, but wasn’t able to fully understand it. He skipped on buying BTC at $3 dollars and couldn’t understand why people would buy it.

However, he soon realized how it became his most expensive mistake when he saw the price going to an all-time high of $1,200 per BTC. Learning from his blunder, he set off to go on his crypto journey, buy crypto, analyze the markets, and upload crypto videos on YouTube.

04/04/2022 Crypto Comments Off on Crypto Stories: YouTuber DataDash talks about his most expensive mistake
Markets