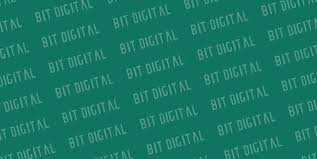 Bitcoin mining company Bit Digital has announced a group of hosting partnerships that will expand its operations across North America.

In October 2019, Bit Digital decided to enter the bitcoin mining business as a result of a policy change of the Chinese government which decided to suspend the company’s peer to peer lending business, as well as the business of many other companies, alleging the illegal collection of public deposits. The company currently operates 2,253.5 PH/S of Bitcoin Hash Rate across the entire Bitcoin network, making it one of the largest bitcoin mining companies listed on NASDAQ.

In a press release, Bit Digital said that it will be working with Compute North, Core Scientific, and Link Global Technologies.

Prior to the new agreement, Bit Digital hosted 2,100 miners with Compute North. With the updated partnership, the company will move an additional 3,000 Bitmain S17+ miners with a hashrate of 73 THs per miner during Q2-2021. This expansion will bring the total hash power hosted in the U.S. with Compute North to approximately 326 PHs within Q2.

Bit Digital’s partnership with Link Global Technologies, one of Canada’s leading Bitcoin mining hosting providers, will allow the company to place 1,000 miners on their premises. This deal will be finalized through Bit Digital’s Canadian subsidiary.

“Working with the best Bitcoin companies in the industry is key to our North American operations, and we’re proud to continue installing bitcoin miners with these exceptional partners,” shared Bit Digital interim CEO, Erke Huang. “The partnerships built in 2021 will allow Bit Digital to quickly expand U.S. based bitcoin production while maintaining the miners’ operational performance.”

To date, Bit Digital owns 40,865 mining machines and is deploying its miners to North America throughout 2021. As existing miners come online, the company expects these partnerships to expand even further.