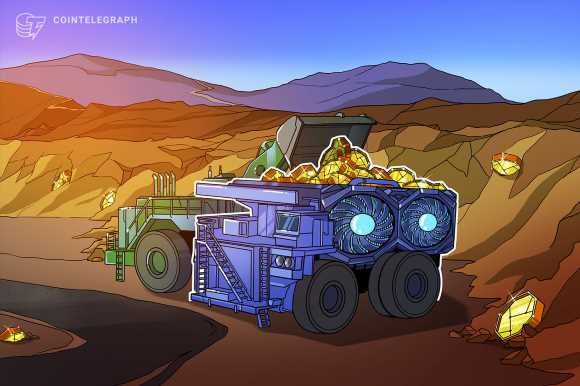 The recent crackdown on crypto mining in China has seen concerns expressed over the potential impact a hashrate migration could have on Texas’ unreliable electricity market, as an increasing number of dislocated miners eye the Lone Star State.

Texas’ abundant sources of renewable energy and highly deregulated power grid make the state an obvious choice for migrating miners from China and elsewhere, with 20% of Texan electricity being generated by wind as of 2019.

Speaking to CNBC, Brandon Arvanaghi, a former security engineer at crypto exchange Gemini, predicted Texas will see “a dramatic shift over the next few months” as miners look to set up shop.

“We have governors like Greg Abbott in Texas who are promoting mining. It is going to become a real industry in the United States, which is going to be incredible,” he said, adding:

“Every Western mining host I know has had their phones ringing off the hook. Chinese miners or miners that were domiciled in China are looking to Central Asia, Eastern Europe, the U.S., and Northern Europe.”

Global hash rate has fallen by one-third since early May following reports that China’s mining industry would be subjected to stricter supervision.

But is the Texan power grid up to the challenge of providing power for an influx of more crypto miners? The Electric Reliability Council of Texas (ERCOT) has just requested that Texans curb their electricity usage amid the recent heatwave that saw many residents turning up their air conditioners earlier this week.

Roughly 12,000 megawatts of generation capacity was offline as of Monday — enough to power 2.5 million homes. ERCOT described the scale of forced outages as “very concerning.”

The regulator warned that a failure to heed the request could result in a repeat of the widespread winter power failures that left 69% of Texans without electricity, and roughly half without water in February. According to Buzzfeed, February’s outages could have resulted in up to 700 deaths in the state.

Angela Walch, a Texas research associate at University College London’s Centre for Blockchain Technologies, tweeted her concerns regarding the share of Texas’ electricity being devoted to Bitcoin mining, emphasizing that her family has been “asked to reduce our air conditioning use, not run washing machines & dryers, etc.”

However Tierion CEO Wayne Vaughan responded by asserting that much of the electricity used to power Texan mining operations comprised stranded resources that “would never be able to reach your home to power your appliances.”

In September 2020, the Peter Thiel-backed crypto miner Layer1 in West Texas reported it had reaped profits exceeding 700% by selling renewable electricity back to the grid amid surging summer demand.

While up-to-date data for global hashrate distribution is not available, the Cambridge University’s Bitcoin Electricity Consumption Index (BECI) estimates that China represented 65% of the world’s hashing power as of April 2020.

16/06/2021 Crypto Comments Off on Crypto miners eye cheap power in Texas, but fears aired over impact on the grid
Markets