Talking on CNBC’s Power Lunch last December, Dennis Gartman, editor and publisher of a daily market commentary newsletter, responded to the question of how much of the booming Bitcoin market he plans on buying next year with these words:

He would have done well to stick to his guns, or at least do some better research on the subject. Turns out that the famous investor had included a questionable blockchain company into his own retirement portfolio, and the story hit the headlines after this company lost a significant part of its value following an investigative story published by CNBC.

Dennis “The Commodities King” Gartman is a commodity analyst who has been involved in the capital markets since 1974, and has published The Gartman Letter since 1987.

The company in question is called Riot Blockchain Inc., formerly Bioptix. It focuses on animal healthcare products and veterinary diagnosis technology. In September of last year it invested in a cryptocurrency exchange and purchased 2 million USD worth of cryptocurrency mining equipment for 11 million USD, and then rebranded itself. 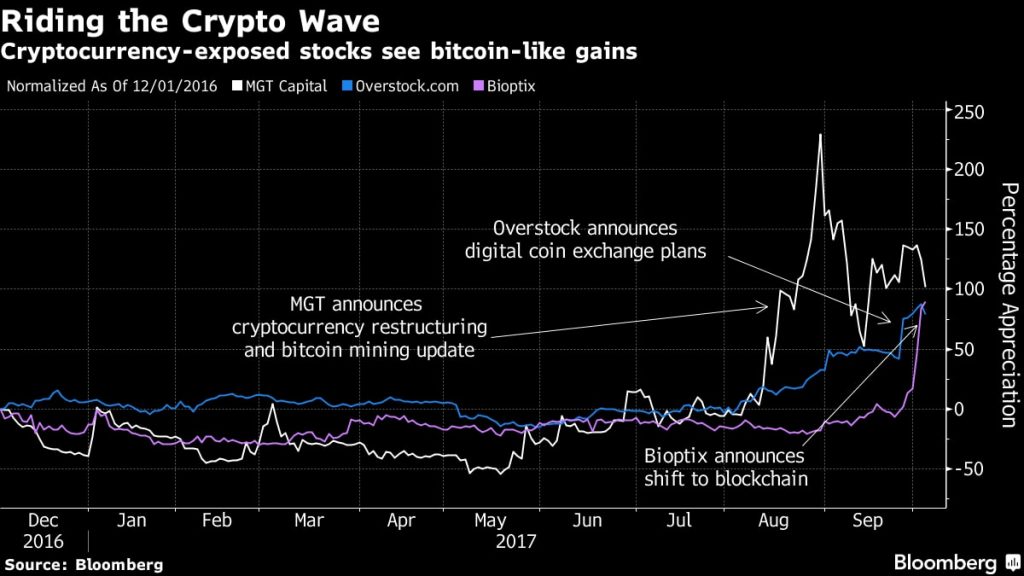 As a result of the rebranding, its stock rose from 8 USD to 40 USD, according to the CNBC report. The report listed several questionable activites on the part of the company, to which CEO John O’Rourke responded: “To my knowledge, we were also the first Nasdaq listed company to have blockchain in its name and had no idea what the market reaction would be when the transition was made…It is not uncommon for businesses to pivot and change their business strategy. Amazon started off selling books.” He listed the company’s many achievements, and the fact that it had acquired 500 bitcoins in a US Marshals Service auction.

Unfair reporting or not, the story had an effect – the shares of the company tumbled by more than 20 percent, which had a significant effect on Gartman’s portfolio.