CoinMarketCap is celebrating its fifth anniversary with a spiffy new logo and the release of its first mobile app, a piece of news that has caused many in the crypto community to breathe a sigh of “finally.”

The new app will allow its users to create and manage “Watchlists”, lists of cryptocurrencies that the user is interested in keeping an eye on. Currently, the app is only available to iOS users and can be downloaded for free (with advertisements) in the iTunes store. CoinMarketCap has also upgraded its website API.

“The most prominent part of our new brand identity is our logo, which represents the CMC of CoinMarketCap and the ups and downs of the markets,” read the blog post announcing the new features. “We’ve given the site a fresh new look featuring colors and fonts designed to capture the essence of CoinMarketCap: simplicity and accuracy.” 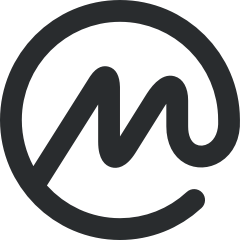 In a CoinDesk report, CoinMarketCap CEO Brandon Chez said that “the space has really evolved in the past five years and so have we, so we thought for this anniversary, it would be nice to do something big for our users.”

In addition to having 425,000 Twitter followers, CoinMarketCap has also been rated as the 174th-most-visited website on the planet.

At its inception, CoinMarketCap was nothing more than a simple interface carrying data of just seven cryptocurrencies. A blog post announcing the new app added that in those days, the total crypto market cap was only $1.6 billion. Now, the site tracks more than 1600 coins, and has evolved into an industry backbone. Everyone–traders, reporters, inventors–everyone relies on CoinMarketCap.

However, as the crypto industry has continued to take an increasingly corporate turn, CoinMarketCap has garnered some competition. Thomson Reuters has added several major cryptocurrencies to its data offerings; CryptoCompare has also rivaled CoinMarketCap for some time, but has not received as much traffic or attention.