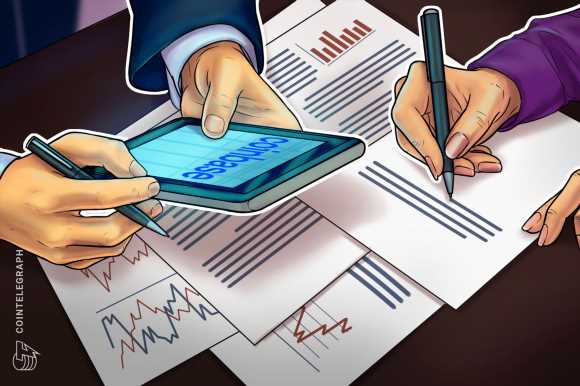 According to documents filed with the U.S. Securities and Exchange Commission, Coinbase generated earnings of $3.05 per share and total revenues of $1.8 billion. However, the firm fell slightly short of its expected $3.07 per share.

By contrast, the company generated $585 million in revenue amid Bitcoin’s rally into new all-time highs during the fourth quarter of 2020, and just $191 million in Q1 a year ago.

Coinbase’s net profits also surged, with the firm reporting profits of $771 million — more than quadruple its profits from the previous quarter and an increase of 24 times year-on-year.

Trading volume on the exchange roughly tripled compared to the previous quarter, with Coinbase’s active users more than doubling, from 2.8 million to 6.1 million.

The company abstained from providing detailed guidance for its future performance, stating:

“It is important for investors to remember that our business is inherently unpredictable.”

However, the company was willing to predict it will host between 5.5 million and 9 million monthly users over the entirety of 2021.

Coinbase also revealed that it plans to list the popular meme-coin Dogecoin within the next eight weeks or s, and to increase the speed the platform is able to launch new listings. Appearing on CNBC’s Mad Money show on May 13, Coinbase CFO, Alesia Haas, said:

“We are slow. We need to add more assets. We’re making big investments to improve the speed of our asset addition.”

Haas also noted the firm’s plan to expand the types of financial services it offers to users, stating: “We hope to be the primary financial account in the crypto economy, and engage our users with all the transaction types.”

In addition to services most people “are very familiar with in a typical fiat system,” such as “credit cards, loans, deposit accounts,” Haas emphasized the unique services enabled by crypto assets such as staking and governance, adding:

“I think that crypto will enable new transactions that we can’t even envision today.”

Despite posting a strong first quarter for the year, Coinbase’s shares are down roughly 30% since its direct listing on April 14, having last changed hands for roughly $265.

14/05/2021 Crypto Comments Off on Coinbase revenue tripled in Q1, plans to add bank-like services and to list DOGE
Markets