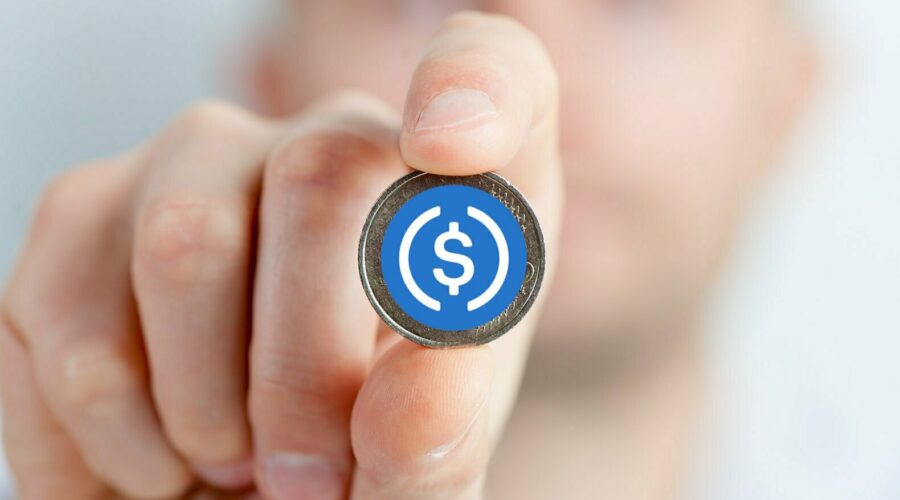 Tether (USDT) now has an advantage over USD Coin (USDC). As a result, Circle’s dollar-pegged stablecoin, USDC, lost one of its largest leveraging stances to its main competitor, USDT.

This was in response to an audit that exposed that a few USDC’s reserves were not held in cash. The audit discovery contradicts the statement that every USDC has a corresponding backing of one dollar in a bank account.

From the recent change, the entry statement on the USD Coin webpage is also affected. Coinbase visitors now get a new welcome statement saying that USDC has backing by fully reserved assets.

In addition, the statement now says that every USDC is backed by one dollar or an equivalent asset with fair value. Also, it mentions that the backing is held in accounts under US-regulated financial institutions.

USD Coin has more than $28 billion and is rated as the eighth-largest digital asset. Furthermore, it is the second-largest stablecoin, coming closing behind Tether that takes the top. Tether’s latest Consolidated Reserves Report reveals that the cryptocurrency has about $63 billion assets in its custody.

From its time of launch, USDC operates as a stablecoin fully backed by US dollars. Conversely, Tether, its major competitor, has been involved in multiple legal fights with regulators. The contributory factor is the hidden commercial paper that claims about half of its total reserves.

Nevertheless, the audit of Grant Horton, a multi-national tax advisory company, comes the discovery about the true backing for USDC. The audit reveals that only 61% of USDC’s reserves are in cash and cash equivalents. Also, some reserves that accrued to 9% are in commercial paper forms. USD Coin thrives in the green zone as the market gets ready for a bullish run | Source: USDCUSD on TradingView.com

From the definition of the audit reports, cash consists of deposits with banks and Government Obligation Money Market Funds. It further defined cash equivalents as securities that have a 90-day original maturity period or less.

Furthermore, Yankee certificates of deposit and U.S. Treasuries were discovered to be part of USDC reserves from the audit. These included reserves have no full backing by US dollars held in a bank account. Bloomberg explained that Coinbase changed USD Coin webpage wording when the crypto exchange received the audit report.

Reacting to the recent report, Andrew Schmitt, Coinbase spokesperson, said that there’s the backing of $1 or its equivalent fair value asset for each USDC. He explained that the redemption of 1 USDC remains $1 for users. Also, he mentioned that the company has additional information on its website for a clearer understanding of USDC reserves.

On its part, the partnering company with Coinbase that oversees USDC, Circle, made a recent announcement. The company discloses its plan of becoming a full-reserve national digital currency bank in the U.S.

The company’s CEO, Jeremy Allaire, affirms the company’s readiness to comply with all regulatory and risk management requirements.

Through his announcement, Allaire expresses his expectation for USDC rising to hundreds of billions of dollars. Also, he said the stablecoin could move to support more economic activities and be a prominent tool in financial and commercial advancements.