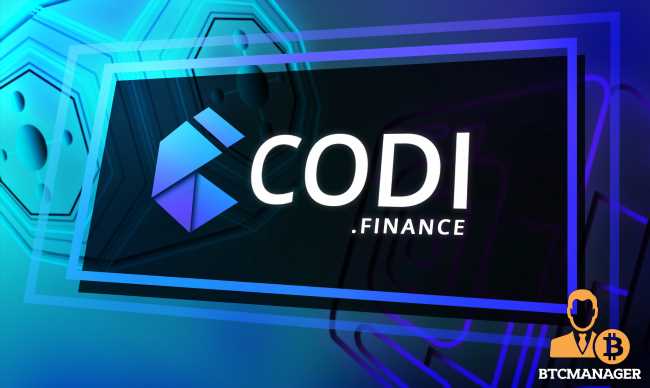 CODI, a DeFi ecosystem built on Solana, is set to publicly list its native token “$CODI” on the p2pb2b exchange. CODI finance recently completed the fifth round of its IEO on p2pb2b and intended to list on the same exchange due to the overwhelming success of its IEO. This would be CODI’s first public listing, making the $CODI token instantly tradeable and easier to purchase. P2PB2B is a well-known cryptocurrency exchange that has previously hosted all five rounds of $CODI’s IEO.

CODI Finance is an entirely open and decentralized ecosystem comprised of three services: an IDO Launchpad, a DEX, and a decentralized lending and borrowing protocol. CODI intends to use the Solana Blockchain to develop highly scalable, interoperable, and secure DeFi products, accelerating the rise of fair and decentralized next-generation DeFi products across multiple chains.

CODI Finance intends to completely transition to a DAO governance model, with the CODI community running and owning the ecosystem. Other features, such as a decentralized social networking model and a fully customizable vesting protocol, are also in the works as CODI strives to be the DeFi space’s epitome of decentralization. In addition, the CODI ecosystem decided to build  on the Solana blockchain, and this looks to be a well-thought-out move as astute investors have recognized Solana’s potential to disrupt the status quo of monopolistic and bureaucratic power structures in the crypto industry. Solana offers unparalleled security, lightning-fast blockchain speeds, and significantly lower transaction costs, ushering in a new DeFi era.

The public listing is scheduled for January 15, 2021, with the CODI team stating that other listings would be in the works immediately after the P2PB2B public listing.

$CODI is a utility token that would serve various purposes in the CODI ecosystem like multi-tier staking and giving holders access to CODI’s IDO launchpad to get access to the best projects on CODI’s launchpad. In addition to this, $CODI would play an essential role in CODI’s lending and borrowing protocol, as it would be used as a means of collateral.

For more information on this project, please visit Codi.finance, or you can join the community by following their social media channels: