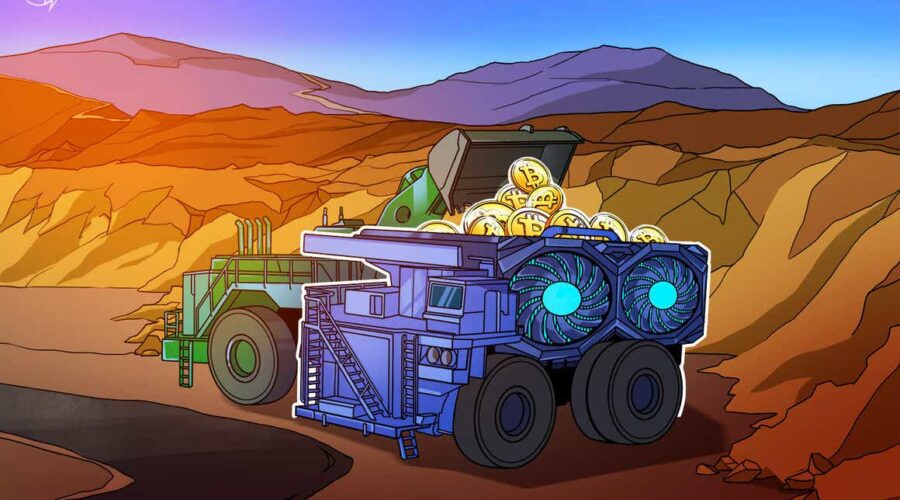 According to a Form 8-K filing with the United States Securities and Exchange Commission (SEC) on Monday, Cipher Mining will purchase 28,000 to 56,000 next-generation Bitcoin mining hardware from Bitfury at a cost of $6,250 per rig.

At a maximum cost of $6,250 per machine, Cipher’s Bitcoin mining hardware outlay could go between $175 million and $350 million, depending on whether the company elects to receive all 56,000 rigs as stated in the purchase agreement.

The total inventory order will be delivered in seven batches on a monthly basis beginning in the summer of 2022 until December 2022.

As part of the SEC filing, Cipher Mining will pay an advanced fee of $10 million within three business days of executing the agreement to kickstart the massive order.

As previously reported by Cointelegraph, Cipher Mining has designs towards achieving a 745 megawatts Bitcoin mining capacity before the end of 2025.

In March, the company entered into a $2 billion merger with the Nasdaq listed Good Works Acquisition Corp — a special purpose acquisition company (SPAC).

Cipher Mining is also backed by investors like Fidelity Management and Research as well as the Morgan Stanley-affiliated Counterpoint Group.

The scale of the company’s planned expenditure for Bitcoin mining rigs is in keeping with the rapid expansion policies being pursued by crypto mining establishments in North America.

Crypto mining firms in the United States have been acquiring more rigs from major manufacturers like Bitmain and MicroBT.

According to data from the Cambridge Bitcoin Electricity Consumption Index, the United States now accounts for over a third of the global BTC hash rate distribution.