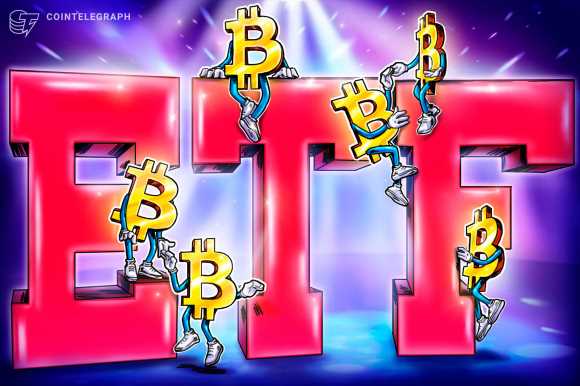 ARK Invest submitted on May 13 yet another application for its physical Bitcoin ETF, the ARK 21Shares Bitcoin ETF, according to a filing with the U.S. Securities and Exchange Commission. The application includes a proposed rule change from the Chicago Board Options Exchange (CBOE) BZX Exchange.

According to Bloomberg ETF analyst Henry Jim, the latest deadline for approval or disapproval of the ARK 21Shares Bitcoin ETF is January 24, 2023.

The latest filing comes shortly after the SEC rejected the application for the ARK 21Shares Bitcoin ETF in early April. Ark Invest initially partnered with the European ETF issuer 21Shares to file for a spot Bitcoin ETF listed on CBOE BZX Exchange in June 2021.

According to the latest filing, the investment objective of the ARK 21Shares Bitcoin ETF is to seek to track the performance of Bitcoin, in accordance with the performance of the S&P Bitcoin Index. “In seeking to achieve its investment objective, the trust will hold Bitcoin and will value the shares daily based on the index,” the application reads.

Related: Why the world needs a spot Bitcoin ETF in the US: 21Shares CEO explains

Cryptocurrency investment giant Grayscale is among several companies that have been moving aggressively to launch a spot BTC ETF in the United States. In late March, Grayscale CEO Michael Sonnenshein said the firm was ready to initiate a legal fight if Grayscale’s BTC Spot ETF is denied by the SEC.