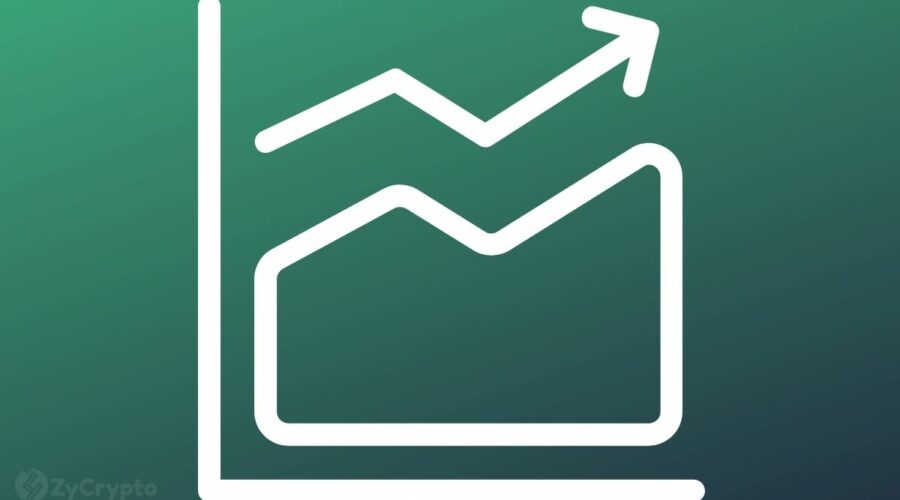 On Monday, Bitcoin led other cryptocurrencies in a spirited rally after an eight-week sell-off that saw the BTC price drop as low as $26,000.

As of writing, Bitcoin is up 5.68% to $30,774 in the past twenty-four hours after printing a bullish candle for the third day in a row. The world’s largest cryptocurrency has also reclaimed a $585 billion market cap after losing it over the past three days. Ethereum added over $200 in the recovery since Saturday and is up 6.80% to $1,903. Likewise, Ether’s market cap is up 6.70% to $230 billion.

Cardano and Shiba Inu are the biggest gainers in the top twenty cryptocurrencies by market valuation, with each gaining 12% and 10.81% to trade at $0.52 and $0.00001199 respectively. Others like DOGE, Solana, Polkadot, and Avalanche are also up over 5% each. The overall cryptocurrency market has also grown to 5.46% to sit at $1.27 trillion according to CoinMarketCap.

This growth was also reflected in major US stocks after an 8-week losing streak. The Nasdaq 100, an index that tracks major tech stocks surged 3.30% today together with the S&P 500, with the dollar index DXY continuing to drop. Notably, though, the Nasdaq composite has shown increasing decorrelation to BTC’s movements, with the latter surging while the former continued to drop in the past week.

Crypto analyst Lark Davis believes that a crypto “relief rally” could be coming soon. “The dollar index DXY is falling, Historically, this is good for Bitcoin in the opposite way that dollar rallies are bad for BTC price,” David Tweeted on Monday. “BTC has basically been trading between 28k and 31k for two weeks now. Sideways can’t last forever. SPX rallying, BTC showing a bit of green. Time for relief?” He added. 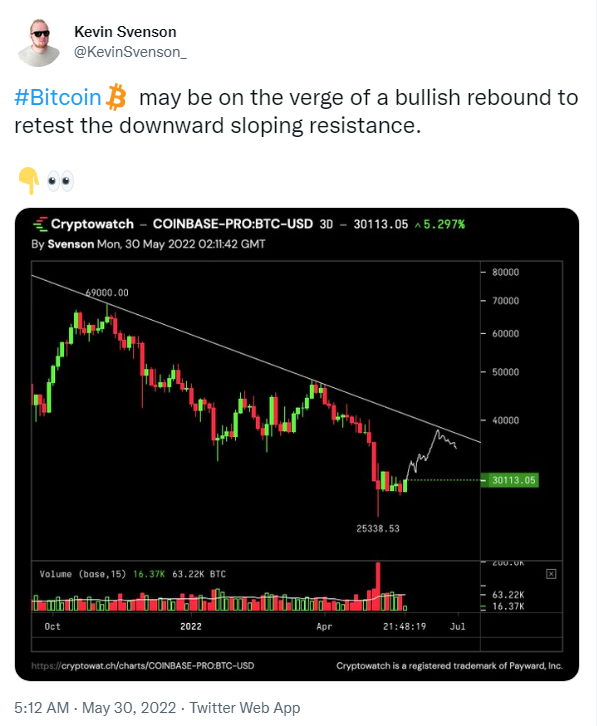 That said, it is still important to note that relief rallies, as the name suggests may turn out to be short-lived. Svenson for instance warns that upon price reaching his targets, it could “then dump again.”

On Bitcoin’s relation to tech stocks, some experts feel that Bitcoin could be in deeper trouble if it keeps de-correlating.

“This is the type of de-correlation nobody wanted,” Antoni Trenchev, co-founder and managing partner of crypto lender Nexo told Bloomberg “Bitcoin has yet to test its sub-$26,000 May 12 lows. One senses it’s only a matter of time, given Bitcoin’s failure to mirror the Nasdaq’s gains in the past week.”