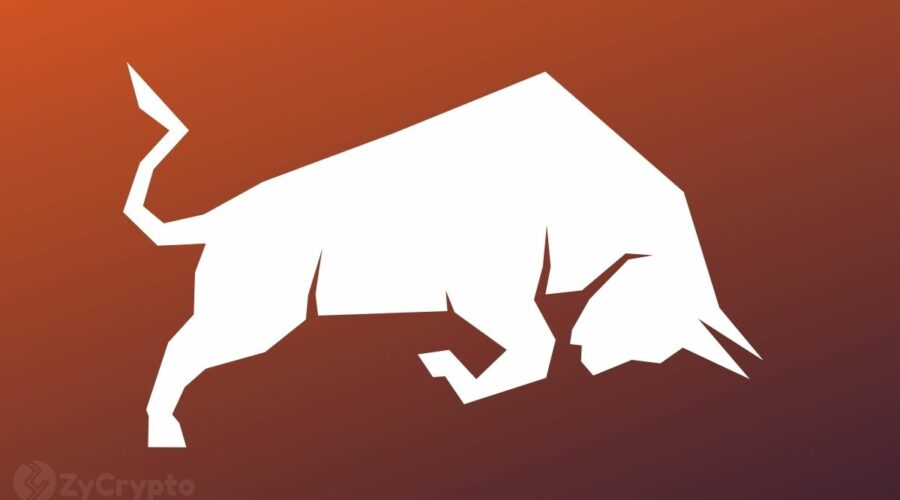 According to the blockchain analytics firm Santiment, Cardano’s extensive holders (holding between 10,000 and 100,000 ADA) have accumulated an extra six percent of ADA’s total supply.

ADA proponents envision a feasible rapid price growth for the crypto asset in 2022 and have continued to accumulate ADA tokens in the past 5 weeks. The historical data shows that “sharks” (large holders but not as large as “whales”) have been successful in presaging major price movements. Sharks correctly clinched the price upsurge in both April-May of 2021 and October of 2021.

Addresses with 10,000-100,000 ADA tokens took profits near the all-time-high level in September. After many ‘Sharks’ sold their tokens in autumn of 2021, Cardano’s price fell sharply in the months that followed. The Sharks’ behavior implies that they rely on fundamental analysis to identify fair price levels.

The main fundamental factors include the changes in ADA’s supply, the number of active addresses, the structure of holders, the number of full-time developers, and transaction fees. Sharks have also focused on the scalability and innovativeness of Cardano’s system compared with other proof-of-stake blockchains. The current analysis shows that Cardano has stronger positions than most other crypto projects, and the market price does not account for this difference. 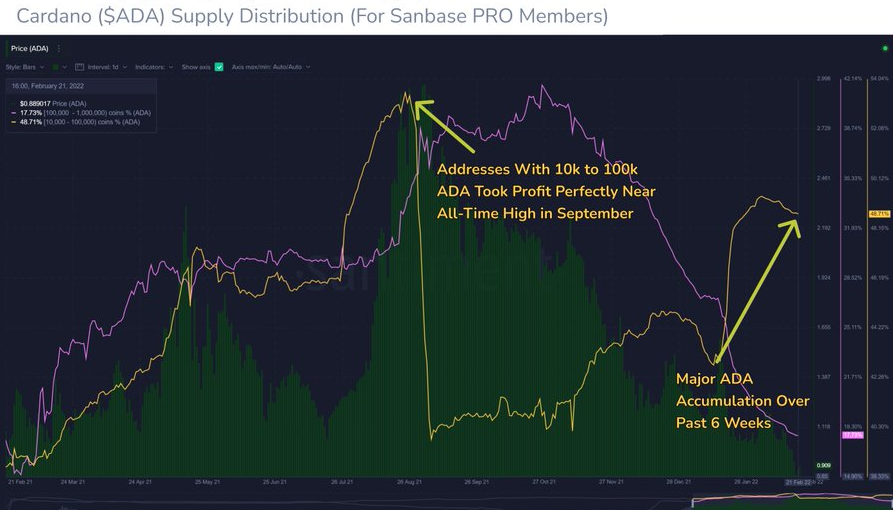 Cardano’s supply distribution shows that the percentage of ADA tokens held by these ‘sharks’ has increased to around 60% of the all-time-high level.

In contrast, the price remains several times below that level. If the historic logic holds true, ADA may see a jolt to about 50%-60% of the current all-time-high level. Under the positive scenario, Cardano may re-enter the Top-5 in the following months.

It may become much more viable if its competitors, such as XRP and BNB show negative dynamics. Cardano’s improved market positions have been bolstered by Ethereum’s scalability issues and Solana’s network problems. Thus, Cardano looks to become the optimal asset that guarantees the high reliability of transactions without charging excessive fees from users.

The position of ADA whales and minor holders may also be important for confirming or rejecting the impulse made by sharks. As the signs of a potential market trend reversal emerge, most traders and investors tend to support sharks in the positive assessment of the potential for growth. ADA has soared by 7% in the past 24 hours, making it one of the most dynamic cryptocurrencies in the Top-10.