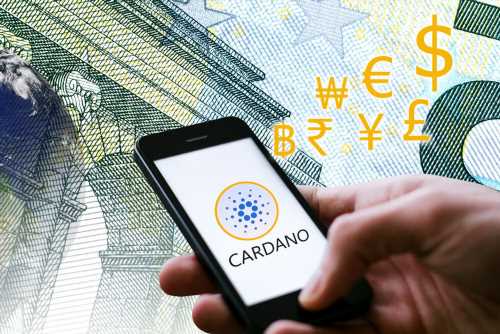 The world of cryptocurrency is buzzing as of late. Assets like bitcoin are really rising through the ranks once again, with the world’s number one digital currency hitting $50,000 for the second time over the past few weeks, but there appears to be one asset at the time of writing that’s outdoing all the others. That asset is Cardano, aka the ADA token, which became the world’s third largest digital currency last month and is now trading for a whopping price of about $3.09 per unit – the highest it’s ever been.

Cardano Is Jumping to New Heights

At press time, Cardano boasts a market value of approximately $99 billion. Investors have been drawn to the cryptocurrency given that it is about to undergo a heavy software update that will allegedly permit it to support smart contracts, thereby putting it on the same plane as its competitor Ethereum. It’s work with smart contracts will permit Cardano the chance to initiate financial agreements on its own, thereby giving rise to additional products such as non-fungible tokens (NFTs) and other decentralized tools.

Ethereum also rose alongside Cardano, with the world’s second largest cryptocurrency spiking by more than seven percent over the past few days. Right now, the currency appears to be trading for more than $3,800 – just shy of its recent $4,000 all-time high.

And, of course, bitcoin has joined in on the bullish action with its recent spike of approximately four precent. The only currency that appears to be down for the count at this time is Solana, which has fallen by about three percent following a serious rally that lasted several weeks. Solana is arguably one of the crypto space’s youngest assets, having only been established about a year and a half ago. However, since that time, the currency has jumped in value by more than 6,000 percent.

Nigel Green of the deVere Group, a wealth advisory firm valued at $12 billion, claims that these spikes have to do with new crypto investments stemming from largescale investors such as credit card mogul Visa. In an interview, he states:

With soaring interest from major investors like payments giant Visa, demand is set to explode. It can be expected that some of the NFTs on the market now will have little value in a few years, but some will be worth a fortune.

Don’t Get Too Comfy…

Some analysts expressed concern regarding the rising prices, saying that many new assets are not backed by anything solid and simply rely too much on general optimism to gain value. These words came from Bankrate analyst James Royal, who stated:

A fatal mistake that new crypto investors make is looking at the past and extrapolating that to the future. Don’t invest more than you can afford to lose. If your financial investment is not backed by an asset or cash flow, it has the potential to be worth nothing.