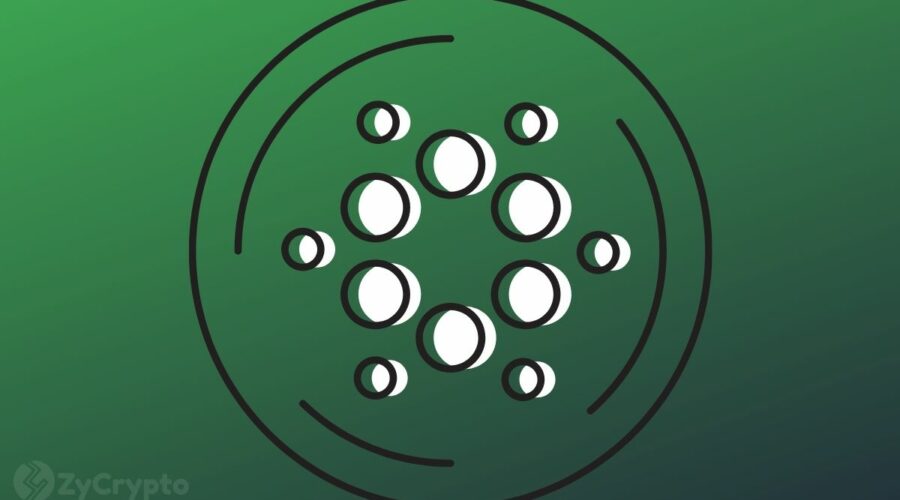 Cardano solidified its position as the third-largest cryptocurrency behind Bitcoin and Ethereum after it soared beyond $3.00. This price rally comes on the heels of several impressive developmental offerings for the network including its experimentation with smart contracts and the ERC-20 converter bridge amongst others.

After months in fourth place, Cardano’s ADA ascended into third place in a price rally that captivated the entirety of the cryptoverse. The spike in prices saw Cardano exceed $3.00 and go on to set a new all-time high of $3.10. Market capitalization for the asset now straddles the $90 billion range which gives the asset a market dominance of 3.86%. 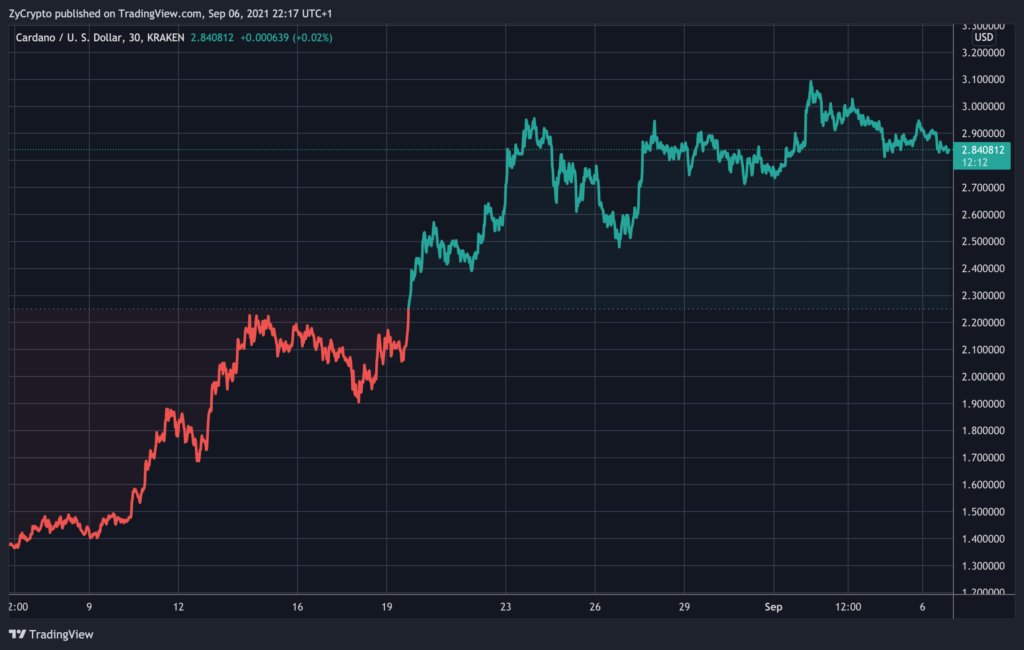 Aside from setting new price highs, the last few weeks for Cardano have been inundated by a series of impressive metrics as faith in the project reached new highs. Recall that the project exceeded the 1 million wallet milestone mark with over 6,000 wallets being created daily. In terms of staking, over 70% of its supply is being staked in more than 2,650 staking pools around the world which makes it one of the most staked cryptocurrencies.

The Story Behind The Milestones

Cardano’s critics have cited the slow pace of the network’s development as reasons to bet against it. However, the slow and steady approach adopted by the team seems to be the winning formula for Cardano. After years of development, the smart contract functionality is finally coming to the network which will open it to the fast-growing frontiers of DeFi.

The recent price spike can be directly linked to the announcement of the upgrade of the Cardano testnet that introduces the Plutus smart contracts capability. All eyes are now fixed on September 12th which is the date slated for the Alonzo mainnet upgrade, signaling the beginning of the end of the Goguen era for Cardano.

Ahead of the upgrade, the Cardano Summit 2021 is gaining significant traction with a large pool of participants drawn from several cities around the world. The eclectic mix of virtual and live events is billed for September 25-26 and will feature talking points about the introduction of smart contracts to the platform.

In the fast-paced world of cryptocurrencies, Cardano is breaking from the norm and opting to spend years in the development of a perfect offering for its community. Finally, the pieces of the puzzle are coming together and this is reflected in Cardano’s stellar price performance. The introduction of smart contracts may see Cardano mount a strong challenge against the dominance of Ethereum.