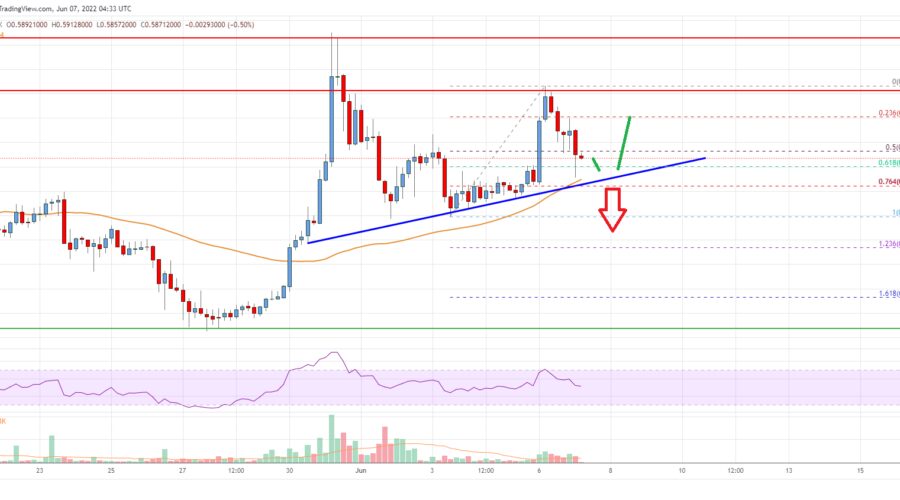 Cardano price is showing positive signs above $0.55 against the US Dollar, similar to bitcoin. ADA price could gain bullish momentum if it clears $0.600 and $0.620.

This week, cardano price started a steady increase above the $0.550 resistance zone against the US Dollar. The ADA/USD pair gained pace above the $0.600 level to move into a positive zone.

The bears pushed the price below the $0.600 support level. The bulls are now protecting the 61.8% Fib retracement level of the upward move from the $0.5391 swing low to $0.6463 high. Besides, there is also a major bullish trend line forming with support near $0.575 on the 4-hours chart.

Any more gains could start a steady increase towards the $0.72 level in the near term. On the downside, an immediate support is near the $0.575 level.

The chart indicates that ADA price is now trading above $0.55 and the 55 simple moving average (4-hours). Overall, the price could continue to rise if it stays above the $0.550 support zone in the near term.

4 hours MACD – The MACD for ADA/USD is now losing pace in the bullish zone.