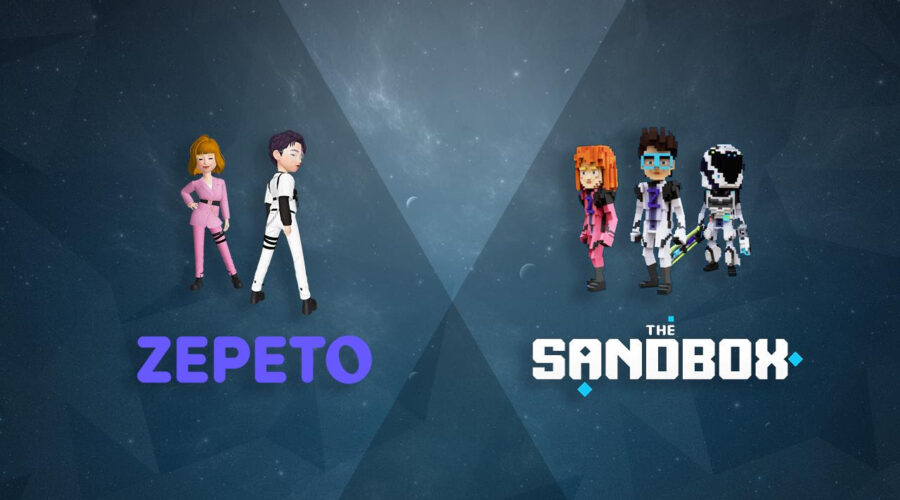 The Sandbox, a subsidiary of game developer Animoca Brands, is one of the decentralized virtual worlds that has been fueling the recent growth of virtual real-estate demand. The Sandbox has partnered with major IPs and brands including Atari, Rollercoaster Tycoon, Care Bears, The Smurfs, Shaun the Sheep, and Binance. Building on existing The Sandbox IP that has more than 40 million global installs on mobile, The Sandbox NFT Metaverse offers players and creators a decentralized and intuitive platform to create immersive 3D worlds and game experiences and to safely store, trade, and monetize creations through blockchain.

ZEPETO, a platform operated by Naver Z Corporation, is the largest metaverse platform based out of Asia and is one of the fastest growing avatar services in the world. Since its launch in late 2018, it has accumulated over 200 million lifetime users and secured the largest roster of IP partnerships among metaverse platforms. From animations like Disney or One Piece to musicians like BLACKPINK, Selena Gomez, Twice, or luxury brands like Gucci and Christian Louboutin to sportswear like Nike and the North Face, ZEPETO has successfully attracted the world’s largest names because of its appeal to a global Gen Z userbase.

As part of the partneship, the two companies will each offer a parallel 3D space in their respective virtual world environments, where users can socialize, chat, interact, and have fun, while being able to access a series of NFTs for use in The Sandbox featuring ZEPETO game items, equipment, and wearables as well as art and decorative assets. This unprecedented cross-worlds collaboration is a first illustration of the metaverse concept where the same assets can be seen and used across multiple digital parallel universes. These NFTs are made using VoxEdit, the NFT Maker from The Sandbox platform, and will be usable both by game creators within The Sandbox Game Maker beta version to begin creating their own games, stories, and adventures or just showcase them into an art gallery or museum, and by players who can interact with them.

The collaboration with ZEPETO marks the first large scale crossover initiative in the Metaverse, where digital assets owned by users are accessed across multiple platforms. Through such initiatives, both ZEPETO and The Sandbox aim to contribute to advancing interoperability in the Metaverse.

The Sandbox will build and maintain a space in ZEPETO world and ZEPETO world will be created in The Sandbox in voxel aesthetics, where users will be able to interact with the first-ever ZEPETO NFTs. On May 12, The Sandbox will organize the first ZEPETO NFTs sale, where 970 NFTs will be made available for purchase in SAND tokens exclusively, the main utility token of the platform. Two exclusive Z-human Characters NFTs will be put on auction on OpenSea for a duration of 24 hours.

“The Sandbox aims to empower users and creators to own, trade, monetize, and use their NFTs across multiple virtual worlds without restrictions,” said Sebastien BORGET, COO & Co-Founder of The Sandbox. “Partnering with ZEPETO to bring NFTs to its audience of 200 million demonstrates how users can have unique experiences in both virtual worlds, showing the potential of our vision for an open, decentralized Metaverse.”

“While this collaboration is only a first step, it is significant in that it reflects intent from distinct platforms to increase interoperability,” said Rudy Lee, CSO of ZEPETO. “We intend to continue to explore different possibilities in the