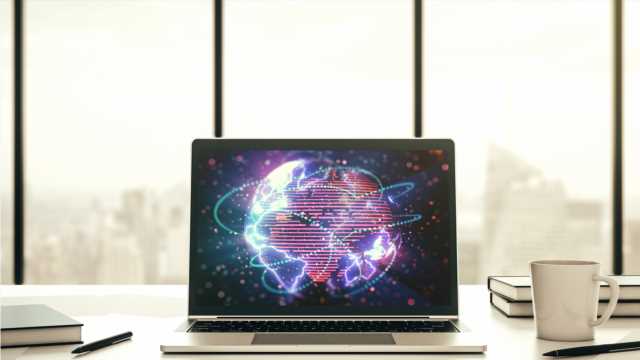 To many people, the year 2020 will probably go down in history as one of the most consequential of the century. After all, it was the year when governments, health professionals, and business owners all seemed to have a common goal: stopping the spread of Covid-19 at all costs. Indeed, in a majority of the cases, stopping the spread of the virus was said to require shutting down economies and forcing the scared masses to stay indoors. These measures, in turn, forced ordinary people to find ways to carry on with their lives without offending governments or without exposing themselves to the virus. It is these circumstances that brought to the fore the importance of an equally consequential innovation — blockchain technology.

As some studies have shown, the adoption or use of blockchain technology has surged since the second quarter of 2020. The innovation’s surge in popularity may have convinced many central banks and governments to seriously consider using the same when creating their own digital currencies.

However, despite the innovation’s apparent success and acceptance by stakeholders, many regulatory bodies and governments, including the Biden administration, are still trying to stifle the blockchain industry. Fortunately, this has not stopped innovators and entrepreneurs from trying to make improvements on current chains or from creating new blockchains just as James Saruchera, the co-founder and CEO of Kuva has done.

In his response to questions from Bitcoin.com News, Saruchera, a Zimbabwean native who is now based in the U.K., explains why it is important for governments and regulators to see the crypto and blockchain community as allies. He also shares some of the reasons why his company chose to build its own blockchain instead of using established chains.

Below are Saruchera’s responses to questions sent by Bitcoin.com News. Bitcoin.com News (BCN): Can you start by giving us a brief background about what motivated you to start this blockchain project?

James Saruchera (JS): Perhaps with the exception of the Chinese yuan, I doubt anyone can name a currency from a developing country that is considered a hard currency. The effect of this is that most people in that part of the world are confined to money that loses 10% or more of its buying power every year, meaning they are effectively and progressively getting poorer even if they diligently saved every cent all year. I saw my own parents’ pension of 30+ years get wiped out in an instant by hyperinflation. I was intrigued by the question of what could happen if billions of people had 10, 20, 30% more spending power each year just by being able to protect the value of what they have. The blockchain technology we are building at Kuva (a Shona word that means “to have”), has the potential to do this.

The effect of this is that most people in that part of the world are confined to money that loses 10% or more of its buying power every year, meaning they are effectively and progressively getting poorer even if they diligently saved every cent all year.

BCN: What are some of the milestones or important goals have you achieved as an organization?

JS: After three years of quiet but intense development, just through word of mouth our recently released pilot platform already has over 10,000 thousand downloads from users in 75 countries. We’re just getting started and are processing over USD$20M so we know we’re onto something.

BCN: Some might argue that there are far too many blockchain projects or start-ups out there and that instead of creating your own, you could have simply worked with what is already there. How would you respond to that?

JS: Building your own blockchain is undeniably a daunting undertaking, and when we first started we certainly thought using an existing blockchain would be the way to go. The reality on the ground in developing countries soon changed this perspective. Challenges like the last mile, interfacing with cash, connectivity and other things render a blockchain being masterminded from San Francisco or Berlin totally inadequate. It didn’t take long for us to realise that we had to build something from the ground up that is tailored to the conditions in emerging markets where this technology can have the greatest impact.

BCN: What would you say is Kuva’s key value proposition?

JS: The Kuvacash wallet is the closest thing in the world right now to truly global mobile money. The Kuva blockchain that drives it is a multi-asset blockchain where users have full control and custody of their funds via their mobile devices. No other blockchain has the capability to bridge between cash, the blockchain world and the global banking system. No mobile operating system can do this. It’s probably one of the easiest ways to buy and sell bitcoin and all you need to transact is a phone number.

BCN: In the past few years, many African central banks have turned from being skeptical of blockchain to becoming leading supporters of this technology. Do you see this as a good thing?

JS: When the internet first came out, there were many skeptics but soon government and industry realised that this was a tool that could grow economies and provide efficiencies. So now we see almost all governments globally championing e-government services, as the benefits are clear and totally outweigh early misgivings. Blockchain technology has the same transformative potential as the internet. In a century, there are very few moments that afford poorer nations the opportunity to rapidly improve the well being of their citizens. It’s critical that African central banks and governments not only embrace this technology but encourage and enable innovation in this space. We are seeing this happen in Latin America as well.

BCN: Some organizations have advocated for what they call private-public partnership as one way of ensuring that CBDCs created by central banks are going to succeed. Do you agree with this?

JS: Historically government-funded agencies like NASA attracted some of the best engineers in the world. However, unlike industries like aerospace, almost all of the technical and strategic blockchain expertise resides in the private sector. Very little government investment has gone into this space which is as strategic as aerospace, so cooperation with the private sector is critical to fill the gap.

BCN: Given your experiences both as an entrepreneur and as someone who has seen the effects of inflation first-hand, do you believe that blockchain is potentially the panacea or part of the solution to the common challenge of currency depreciation?

JS: I feel that the blockchain is only part of the solution because, for example, the buying power of USD stablecoins will depreciate with the USD. It’s one of the reasons Kuva built a multi-currency blockchain in the first place so that it is possible to seamlessly switch to whichever currency is doing the best job of retaining its value.

BCN: It appears that cryptocurrency regulations are becoming tighter both in developed and developing countries. This, unfortunately, affects the growth and adoption of cryptocurrencies. What do you think the crypto community needs to do to reassure paranoid regulators and skeptics?

JS: We know firsthand that most people who own crypto are everyday hardworking people who want to send their kids to school, and have no problem at all with adhering to reasonable know-your-customer processes. They equally don’t want to see nefarious activity. The interesting thing is that blockchain technology is actually much better equipped to provide transparency and traceability that cash just doesn’t have. It’s important that regulators see this community as a useful ally that can provide tools to counter money laundering and financing of nefarious activity. Very few are talking about how we can actually be on the same side and share the same goals when it comes to consumer protection.

What are your thoughts about this interview? Tell us what you think in the comments section below.