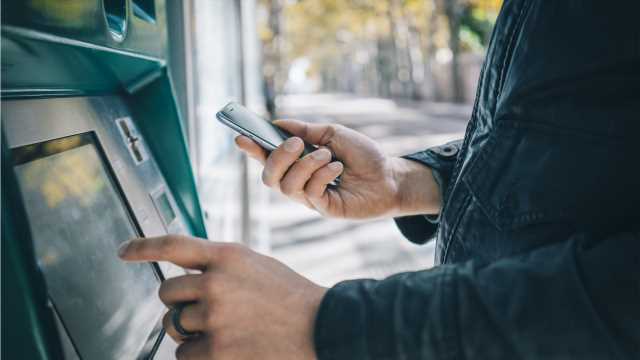 The cryptocurrency automated teller machine (ATM) company Bitstop has revealed its plans to showcase a non-fungible token (NFT) ATM at the Bitcoin 2022 Conference in Miami Beach this week. According to Bitstop’s co-founder Doug Carrillo, the NFT ATM can not only dispense NFTs but also provides an “in-person minting experience.”

The Miami-based ATM company Bitstop will be showing off a new ATM that dispenses NFTs, according to the company’s announcement sent to Bitcoin.com News on April 5. The NFT ATM will be showcased at the Bitcoin 2022 Conference in Miami Beach, which is taking place on April 6-9. Doug Carrillo, the co-founder and chief strategy officer of Bitstop, remarked that the firm looks forward to representing the industry in its “hometown.”

“We’re a Hispanic-owned Miami bitcoin technology company and early pioneer in the bitcoin ATM industry,” Carrillo said in a statement. “We knew early on how important bitcoin would be to our community. We’re proud to be a major sponsor of Bitcoin 2022 Miami and demonstrate our next generation NFT ATM which can dispense NFTs and allow users to perform an in-person minting experience.”

Non-fungible tokens (NFTs) have become a billion-dollar industry over the last 12 months, but in recent times sales and overall interest has dropped significantly. Although, last week’s NFT sales improved, jumping 34% higher than the week prior. Cryptocurrency ATMs, on the other hand, have seen significant growth in recent times, as close to 3,000 machines were installed worldwide in Q1 2022. Bitstop is the fifth-largest crypto ATM operator worldwide, with 1,747 machines, or 4.8% of the 36,688 ATMs installed globally.

Bitstop’s new machine unveiling follows the recent launch of an NFT vending machine located at 29 John Street in Manhattan’s Financial District, operated by the Neon NFT platform. The machine takes credit cards, debit cards, and mobile payments and the vending machine dispenses a small box that holds a special code. After redeeming the code from Neon, the buyer gets the purchased NFT sent to their wallet. According to the ATM operator Bitstop, the new NFT ATM will be located near the entrance of the exhibitor hall at booth #610 at the Bitcoin 2022 Conference in Miami.

“Bitcoin and digital currencies are game-changers for international communities like Miami,” Carrillo stated during the announcement. “Most of our team is from Cuba, Venezuela, and Nicaragua. They have experienced firsthand how corrupt government regimes and hyperinflation can steal or wipe out their life savings. The Bitstop team has soul in the game. Bitcoin gives us purpose and we are excited to see Miami become the bitcoin capital of the world,” the Bitstop executive added.