Bitmain, the largest cryptocurrency mining hardware manufacturer, has reportedly received an extra $1 billion in funding. According to Touchweb, a Chinese language news outlet, the new funding will be finished by the end of July.

Following the cash injection, Bitmain’s valuation is expected to increase to $15 billion. This follows a recently completed Series B funding round, which saw the company receive over $300 million. The funding round was led by Sequoia Capital.

Time to buy the dip?

The injections of cash come ahead of the company’s initial public offering (IPO) which is tentatively scheduled for later this year. It is currently expected that the company will list on the Hong Kong Stock Exchange (HKSE). However, the founder of Bitmain Jihan Wu, has mentioned listing on an overseas market with US dollar-denominated shares. The company has suggested it will submit its IPO application in August.

Bitmain’s aggressive operations come in spite of a market slowdown in the manufacturing of cryptocurrency mining equipment. At the moment, the company dominates the market. Its market share is three to five times higher than its closest competitor Canaan.

The company contributes close to 50% of all BTC mining pools. This is not looking to change anytime soon. Following the recent round of funding, Bitmain’s application-specific integrated circuit (ASIC) will most likely continue to dominate the market.

Wu has indicated that Bitmain listing on the HKSE, or another exchange, would be a landmark for the cryptocurrency space. This is because it will help improve market transparency and build confidence in the crypto ecosystem. 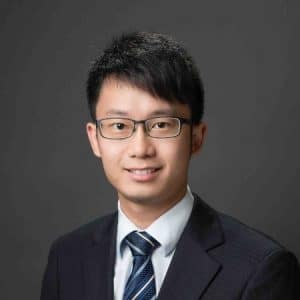 Despite Bitmain’s success, some analysts aren’t convinced on the company’s longevity. Commenting on the upcoming IPO Mizuho Securities Asia’s Kevin Wang said: “they’ll have a premium for their valuation because there are very few stocks like Bitmain in Hong Kong. It’s the sustainability of the business that’s the real question mark.”