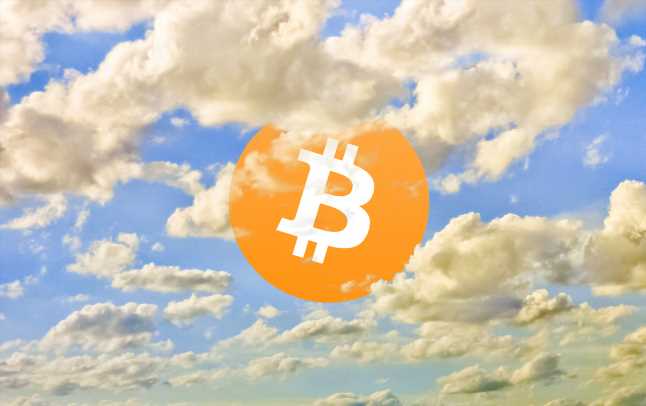 Bitcoin price is stuck at around $46,000 unable to push higher despite some strong momentum and buying at its back. The reason for the resistance, is because the leading cryptocurrency by market cap has its head caught in the clouds.

Once these clouds part, however, it could lead to a lot sunnier days across the cryptocurrency market once again.

Bitcoin Price Stuck In The Clouds, Puts Rally On Ice

Bitcoin price has whipsawed back and forth by more than 50% during 2021. The most recent recovery from lows has momentum behind it, but has taken a pause at the current level.

The area where the top cryptocurrency is stuck, is in a confluence of cloud resistance across several high timeframes, according to the Ichimoku indicator. Ichimoku Kinko Hyo loosely translates to “one glance equilibrium chart” or “instant look at the balance chart” in Japanese.

Related Reading | What Bear Market? Bulls Now “In Control” Over Every Bitcoin Timeframe

It was created by Japanese journalist Goichi Hosoda and has a variety of functions and uses. It can signal when to buy or sell an asset, when an asset is bearish or bullish, or in this case, where support and resistance might be.

BTCUSD is stuck in the clouds on many timeframes | Source: BTCUSD on TradingView.com

The Chikou-span or the lagging span, is plotted backward and only one way support or resistance can be found. Other spans, such as the Tenkan-sen and Kijun-sen, also act as such. Finally, the kumo or cloud can also act as resistance as we’re seeing across several high Bitcoin timeframes.

On the 2-day through the 5-day, Bitcoin price is touching the top of the Ichimoku cloud. A decisive close outside it, along with a retest that holds should send the cryptocurrency back to all-time highs. Rejection here could cause a push back to the bottom of the cloud.

The top cryptocurrency is also contending with Tenkan-sen resistance | Source: BTCUSD on TradingView.com

On the right hand side, however, we’ve got the monthly Bitcoin chart which is the most bullish of all. At just a glance, there’s very little resistance above Bitcoin price currently.

Price action is above the Tenkan-Sen and Kijun-Sen, the cloud, and there’s only a sharp spike to contend with above at around $60,000 per BTC.

If Bitcoin can take out that level, there’s no resistance left and price discovery should resume across crypto.

#Bitcoin is touching Ichimoku resistance on most time-frames except monthly. Very little resistance there. New ATHs ahead. pic.twitter.com/hytiJZcTxB

13/08/2021 Crypto Comments Off on Bitcoin Stuck In The Clouds, But Brighter Days Could Be Ahead
Markets