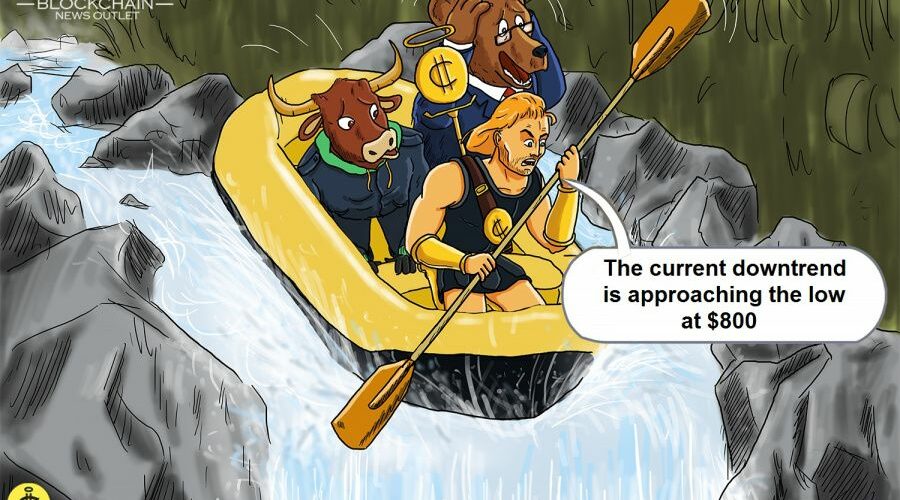 Bitcoin Cash (BCH) has resumed selling pressure after a week of range-bound movement between $1,300 and $1,600. The bears overwhelmed the bulls as they broke the $1,300 support.

The breakdown has caused the altcoin to decline to $827 at the time of writing. BCH is likely to further decline to a $700 low. In the previous price action, the bears have the upper hand as the price consolidated near the support level at $1,300 for over a week.

The breakdown continued to the low at $1,000. Buyers were able to hold the bearish momentum for three days before the bears resumed their onslaught. The current downtrend is approaching the low at $800. If the bears break the $800 support, BCH may find support above $700 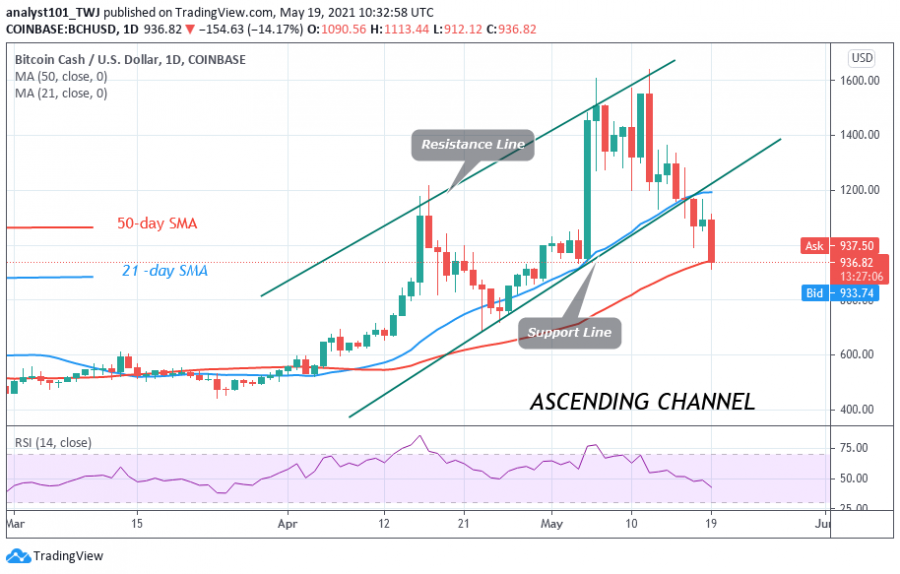 What Is the Next Move for Bitcoin Cash (BCH)? 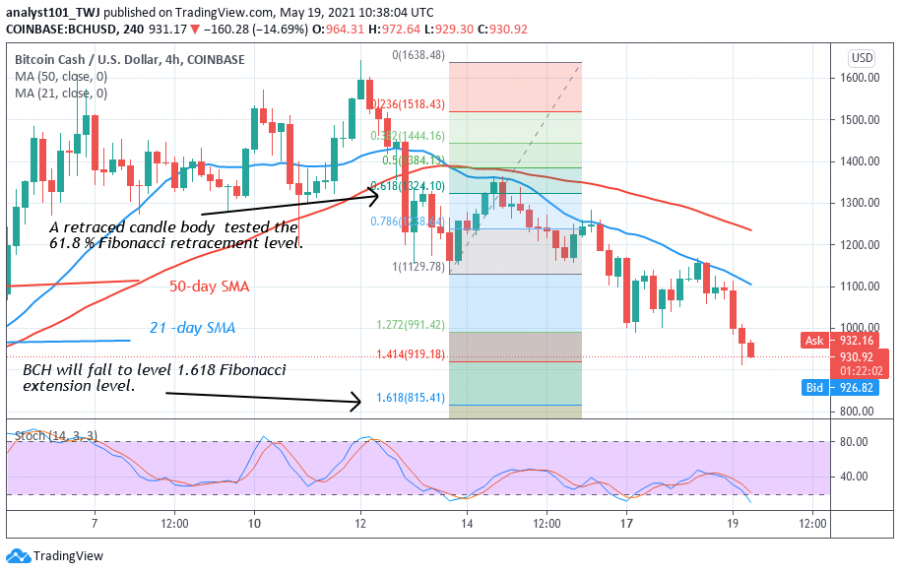 Disclaimer. This analysis and forecast are the personal opinions of the author and not a recommendation to buy or sell cryptocurrency and should not be viewed as an endorsement by Coin Idol. Readers should do their own research before investing funds.