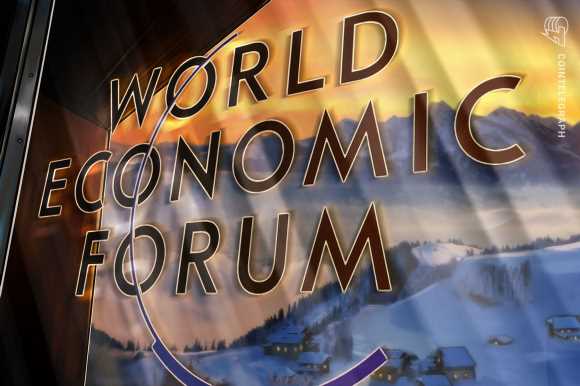 Cointelegraph introduces “Crypto Street,” a series of spontaneous conversations with strangers on the street to educate, entertain and take a temperature check on the world’s relationship with crypto.

The first episode comes from the gates of the World Economic Forum (WEF) in Davos, Switzerland. Cointelegraph reporter Joseph Hall attempted to speak with the world’s elite where he was rejected, ridiculed, and ignored before stumbling across crypto believers among the WEF attendees.

Sporting a Cointelegraph sweatshirt with the loudest Bitcoin (BTC) logo, Hall asked passersby to guess what was print represented. Some WEF-goers refused to talk on camera while others claimed ignorance.

“That’s not Bentley, it’s Bugatti!” One passerby at the World Economic Forum joked. That, or they genuinely believed that the Bitcoin logo is a luxury car brand.

The shoot then moves to the blockchain streets of Davos, where cryptocurrency companies outweigh the tradfi presence. Irina Heaver, a crypto lawyer and Bitcoin believer told Cointelegraph that Bitcoin is “freedom.” She explained that for her family:

“When the Soviet Union Collapsed, they were left absolute penniless — so did millions of other people […] If they could have some of that (Bitcoin) can you imagine how their families would be better off?”

“Some rethinking and action need to happen to make it [crypto] more sustainable.”

The International Monetary Fund is close friends with the WEF, and it consistently pushes for central bank digital currencies as well as moving cryptocurrencies away from proof-of-work blockchains to less energy-intensive proof-of-stake blockchains.

There’s also a cameo from Nas Daily, the Youtuber and Bitcoin HODLer who lost $200,000 on Bitcoin to date. He appears on camera and exclaims, “I lost so much money.”

Finally, there’s also a Golden Retriever who holds his tongue regarding Dogecoin (DOGE) price predictions for 2022, and an acapella rendition of Nina Simone by up-and-coming vocalist, Evan Klassen. Incidentally, Klassen is signing at the FIFA World Cup in Qatar this year; will he croon a crypto tune?

10/06/2022 Crypto Comments Off on Bitcoin at the WEF: What did the world's elite think of crypto?
Markets