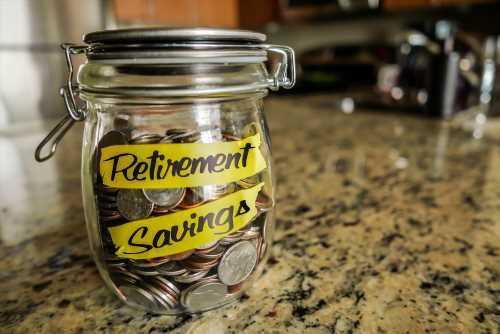 Bit IRA – a company that insures crypto-based retirement investments – has added nine new tokens for its customers to purchase, trade, and sell.

The idea of investing in crypto via one’s retirement has taken heavy precedence in recent weeks, with Fidelity Investments recently stating that it will allow customers to use their 401Ks to invest in crypto. The move has garnered some criticism from U.S. lawmakers, and some analysts have warned against taking such chances as the entire industry appears to be at the center of a financial breakdown. BTC, for example, is trading for $40,000 less than where it was just six or seven months ago.

But Bit IRA seems intent on giving its customers a chance to invest in new technologies and assets so they can spread their portfolios beyond the standard lengths. Among the new digital currencies investors with Bit IRA can buy include Basic Attention Token (BAT), Dai, Uni, COMP, and Mana, which is a Decentraland token.

Jeremy Warner – head of sales at Bit IRA – commented in an interview:

We’re always looking to innovate both our services and our offerings for our customers. We’re thrilled to double the total number of digital currencies in our crypto IRA lineup just a few months after we waived ongoing fees and rolled out our self-service My Bit IRA platform.

Right now, the company is only adding nine tokens due to regulatory and rigor concerns. While there are more than 19,000 individual crypto tokens available for investors at the time of writing, the company doesn’t want to push things too far – especially when the market appears rather unstable and the future somewhat uncertain.

Warner went on to say:

We only work with exchanges and with cryptocurrencies that meet the rigorous standards laid out by the SEC and FINRA. We work with a panel of London insurance companies all rated S&P A or better, all who’ve had experience underwriting digital assets. In many ways, they’re even more particular than the SEC and FINRA when assessing cryptocurrencies.

Bit IRA is primarily concentrating on giving its customers the chance to diversify their portfolios. With stocks and precious metals taking a hit in recent weeks, the company is looking to give retirement savers opportunities they otherwise wouldn’t have through standard financial firms.

After all, this is people’s retirement savings we’re talking about. That’s not where you want to be speculating. Let me put it another way. Sure, there are thousands of cryptocurrencies. The selection Bit IRA offers… That’s what I personally would want in my retirement plan.

Bit IRA is headquartered in Burbank, California. The company was initially founded by individuals that worked primarily in precious metals, though the firm has since taken a more modern approach and added crypto to its list of offered assets.