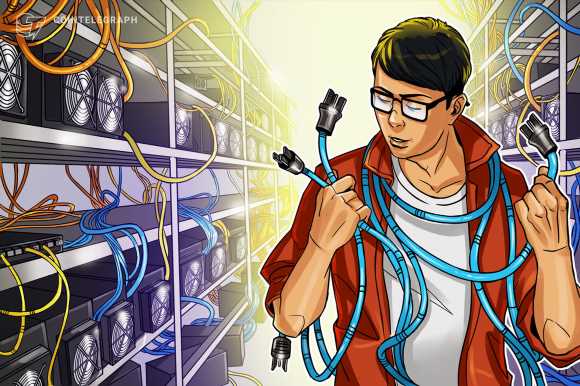 The Beijing Municipal Bureau of Economy and Information Technology on Tuesday sent an emergency notice to the city’s data center operators asking them to report whether they are involved in mining Bitcoin (BTC) and other cryptocurrencies. The notice required data centers to report the amount of power consumed by crypto mining, the report notes.

A bureau official said that notice recipients include China’s top-three telecom operators. He noted that he was not aware of the reason behind the initiative, or whether it is part of a nationwide campaign.

The news comes amid a recovering Bitcoin hash rate, which experienced a major drop in mid-April due to massive power outages in the Chinese mining hub of Xinjiang. After tumbling to as low as 106 million terahashes per second on April 17, BTC hash rate rebounded to around 166 million TH/s on April 28.

Cryptocurrency mining’s energy consumption has been getting more attention from regulators in recent months. Yesterday, a former government official argued that crypto mining was a major driver of the energy crisis in Kyrgyzstan. In late February, authorities of the Chinese autonomous region of Inner Mongolia proposed to shut down all crypto mining facilities by the end of April to reduce energy consumption.