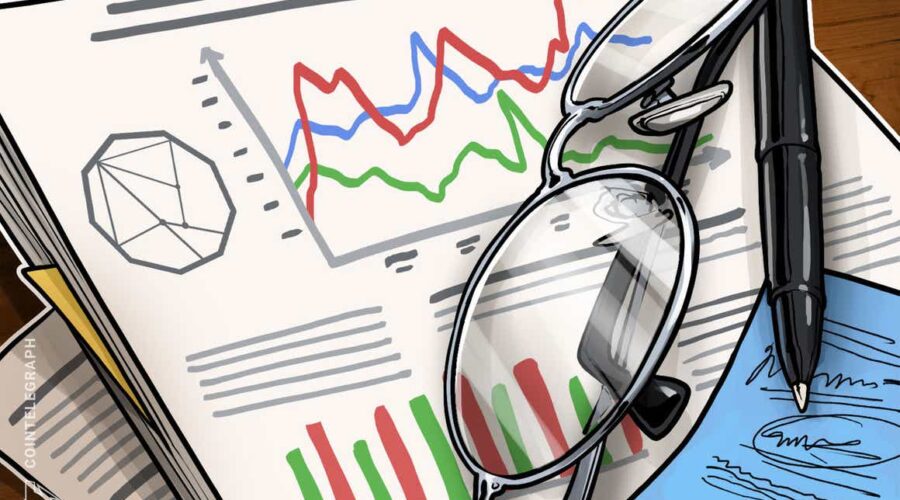 On Monday, the Bank of International Settlement, or BIS, a financial institution owned by central banks worldwide, published a report scrutinizing the development of the decentralized finance, or DeFi, industry. The article opened by saying, “There is a “decentralization illusion” in DeFi since the need for governance makes some level of centralization inevitable, and structural aspects of the system lead to a concentration of power.” It continued:

“If DeFi were to become widespread, its vulnerabilities might undermine financial stability. These can be severe because of high leverage, liquidity mismatches, built-in interconnectedness and the lack of shock absorbers such as banks.”

According to BIS, all DeFi protocols have inherent elements of centralization due to their central governance frameworks, in a way similar to legal entities such as corporations. In addition, certain DeFi blockchains concentrate power at the hands of large coin-holders or to insiders in token sales. 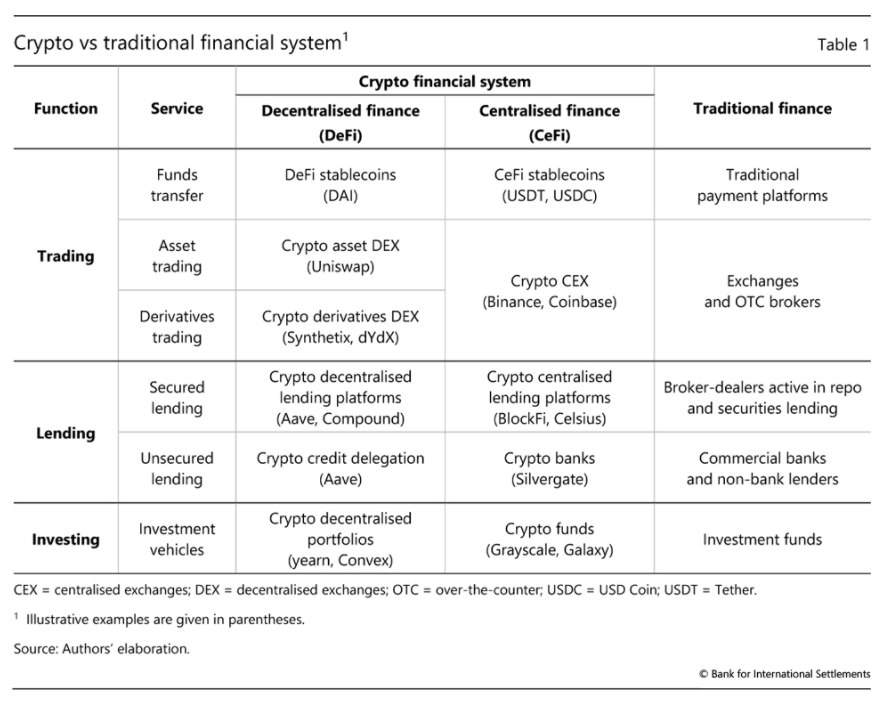 The report criticized the high leverage sourced from DeFi trading and lending platforms, such as Binance’s margin surpassing 100x at one point in time. It also outlined that the fragility of stablecoins, characterized b their opaqueness and lack of regulation, coupled with liquidity issues and market risk, can lead to an investor’s bank-run that causes them to drop far below par value in a short period. 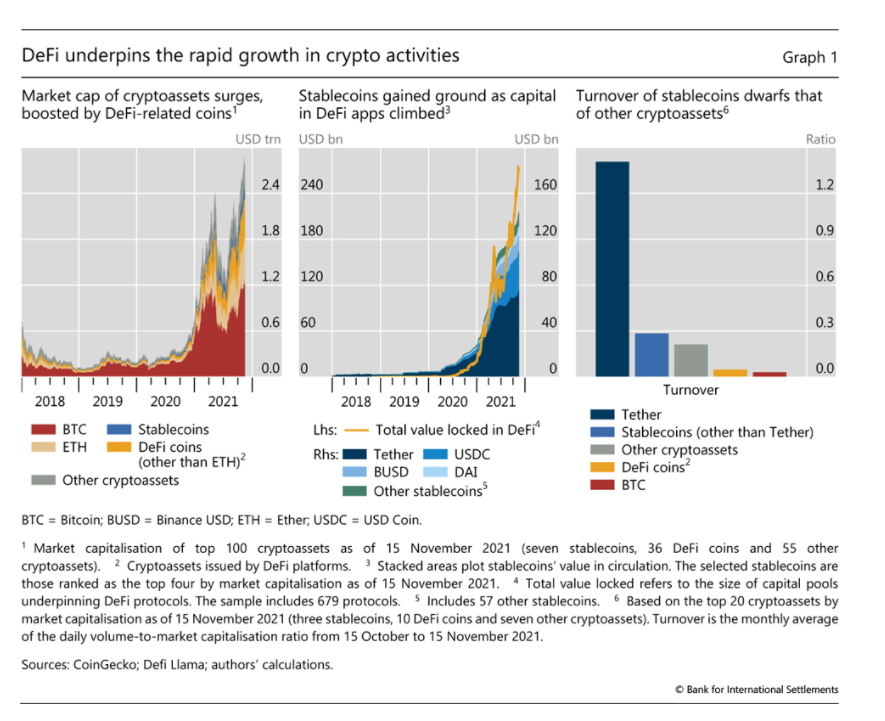 “At present, it is geared predominantly towards speculation, investing and arbitrage in crypto assets, rather than real-economy use cases,” said the report.

“On balance, DeFi’s main premise — reducing the rents that accrue to centralized intermediaries — seems yet to be realized.”