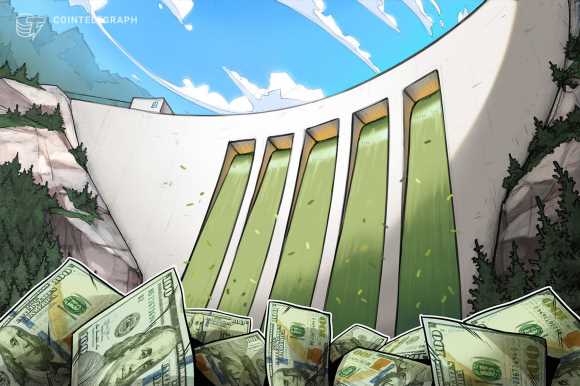 According to a report published by Bloomberg on Thursday, Ava Labs is en route to raising a new round of funding for $350 million at a valuation of $5.25 billion. Details of the agreement have not been made public. Ava Labs is the lead developer of the Avalanche (AVAX) blockchain.

The total value locked, or TVL, on AVAX currently sits at $14.6 billion, according to data from DeFi Llama. Decentralized finance, or DeFi, borrowing and lending protocol Aave accounts for 33.72% of the market share on the blockchain.

AVAX has become one of the most popular blockchains, surpassing a market cap of $21.3 billion. Since the launch of its mainnet in September 2020, the blockchain has grown to an ecosystem of approximately 450 individual projects, removed $118 million worth of AVAX from circulation through token burning and attracted more than 1.5 million community members.

As reported by Cointelegraph last November, the Avalanche Foundation, a primary organization within the Avalanche ecosystem, launched a $200 million fund to incentivize developers to build on the network. Two months prior, in September 2021, the foundation raised $230 million through a token sale spearheaded by Polychain and Three Arrows Capital to grow its DeFi ecosystem. Back then, the blockchain’s TVL stood at $14 billion, while its infrastructure supported about 270 projects.

Related: AVAX traders anticipate a new ATH even as Avalanche DApp use slows

More recently, organizations behind algorithmic stablecoin blockchain Terra purchased a combined $200 million in AVAX for their strategic Terra USD reserves. In justifying the investment, Terra co-founder Do Kwon cited solid growth in the blockchain’s ecosystem and the loyalty of its users.