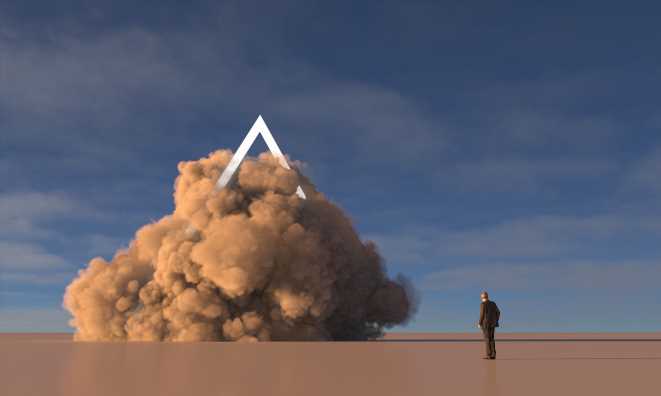 The cryptocurrency market is trending bearish on the short-term, keeping Bitcoin and Ethereum prices at bay after an enormous Q1 2021 rally. But there is no telling if the bull market is officially over, or if a bounce could materialize into a larger recovery.

An ascending triangle pattern and long-term trend line could provide a clue as to what might happen next, and it just so happens to match a pattern from the last cycle that took Ether to its bull market peak.

The Ethereum Fractal That Could Keep The Bull Run Climbing

Ethereum’s recent local top set back in April around $4,400 might not have been the bull cycle peak, according to a potentially bullish structure forming with each retest of support lower.

Although the ETHUSD trading pair appears rather bearish and sentiment is at extreme fear, the altcoin is setting a higher low on daily timeframes and remains more than $1,000 more than lows set only months ago.

Related Reading | Build Base Or Bust? Bitcoin Touches Down On Parabolic Support

The structure of higher lows and rising support, capped off by the same resistance level several times, could have painted an ascending triangle pattern on the trading pair – a chart pattern that almost exactly matches a mid-cycle retracement during the last bull run.

All About The Ascending Triangle Pattern

An ascending triangle is a bullish chart pattern that can either appear at the bottom of a trend as a reversal, or at the mid-point of a trend as a continuation pattern. When these bullish patterns breakdown instead, the fake out can be deadly.

But if support holds and resistance is taken, a large move to the upside occurs. An ascending triangle pattern is what put in the Bitcoin bear market bottom, and it was also the last pattern crypto traders saw before Ethereum soared from $380 to $1,400.

$380 remained a key resistance level all throughout the bear market, and a retest of the level is what sent the cryptocurrency flying to $4,400 this most recent time. The target of this structure based on the measure move would result in nearly $10,000 per ETH, but another tap of the trend line that caused the last peak, adds another $4,000 to that target.

But this is all predicated on the bottom ascending trend line holding, and an eventual break of resistance following. Without the confirmation, the pattern will be invalidated, which could result in a much steeper drop instead.