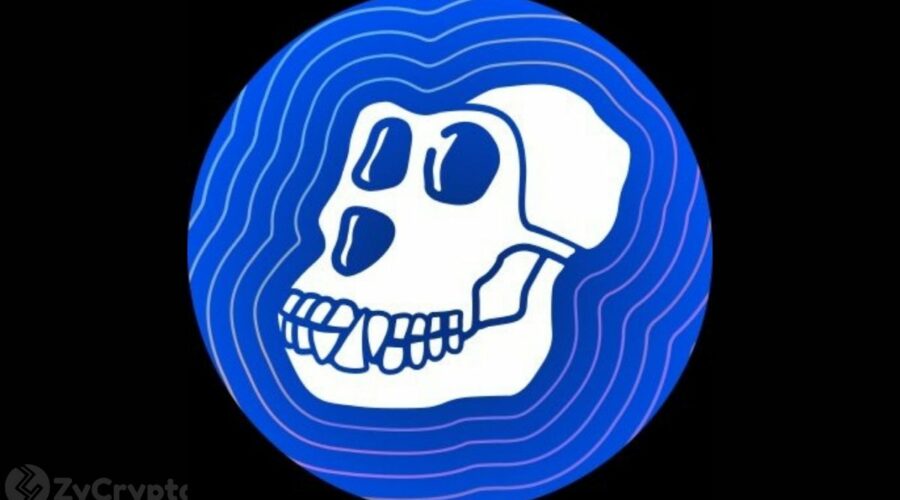 ApeCoin, the native token for the Bored Ape NFT collection rallied to near-record highs on Saturday, as the platform’s developer community, Yuga Labs, hinted at debuting a major metaverse project.

The rally, which has been ongoing since Tuesday has seen APE surge by 45% in the last four days, swelling close to a high of $18. The newly launched coin has also overtaken Decentraland’s MANA to become the largest metaverse token with a market value of $4.7 billion. In the last 24 hours, APE has risen by over 16% and is currently trading at $16.69. 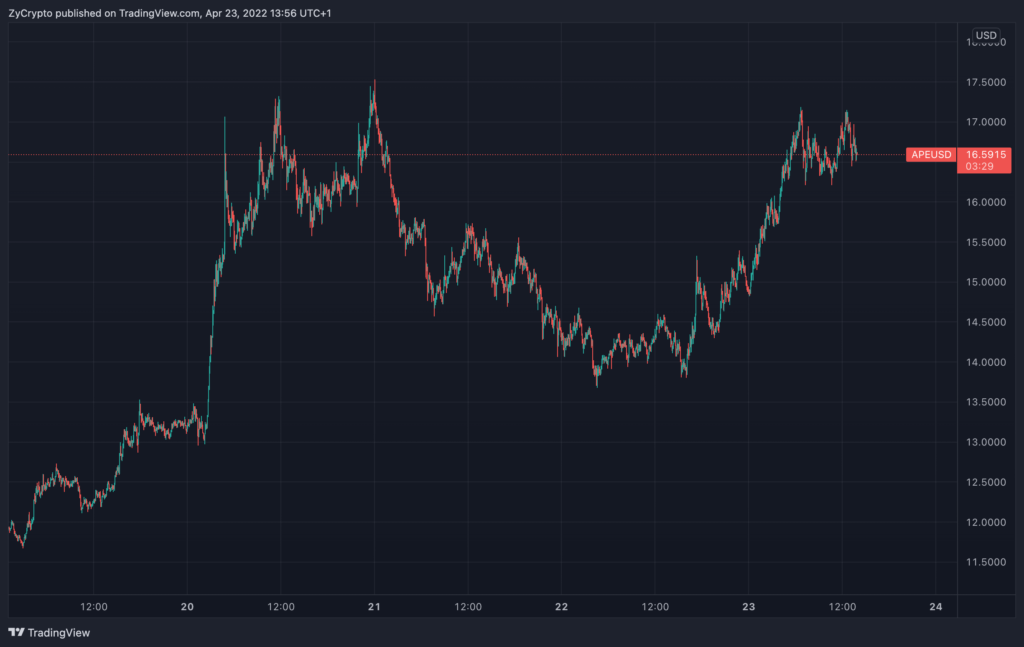 In a series of tweets from mid-March, Yuga Labs has been dropping hints at launching a prominent metaverse for the community. On March 19, Yuga posted a short teaser film depicting the “Otherside” metaverse.

Apart from incorporating ApeCoin and Several NFTs in the said Metaverse, pseudonym “Renegademaster,” a Bored Ape owner and host of “the dyorshow” said on April 20 that Yuga planned on launching a massive land sale. In total there will be 200k plots with half of them being the genesis sale (30% dropped to BAYC and MAYC holders and 70% public sale). Each land shall contain rare artifacts, natural resources, or KODA NFTs.

According to a 90-page pitch deck seen by ZyCrypto, Yuga Labs anticipates its revenue to reach $455 million before 2022 ends, largely from the sale of virtual land in its metaverse. The full pitch deck has further disclosed that Yuga’s metaverse intends to expand its offering beyond virtual land. Yuga Labs wants to build an interoperable metaverse or a “metaRPG” and design a Sofware Development Kit (SDK) that will provide developers with the right tools to build for any community.

That said, the news has stoked the interest of whales in ApeCoin and the whole Yuga Labs ecosystem. Weeks after launching ApeCoin to serve as the native token for Yuga’s projects, the token has become the fifth most-purchased asset as per data by Whalestats.

This week, APE has become the most traded token by the top 100 ETH whales with that clique accumulating over 2.3 million APE. As of writing, Bored Ape NFTs have seen a 254.13% rise in volume in the last 24 hours with the collection’s floor price jumping 18.71% in the last seven days amid a surge of NFT purchases, data from NFT Go showed. Other projects by Yuga Labs include Mutant Apes and the Kennel Club which have also seen a spike in trading volume.