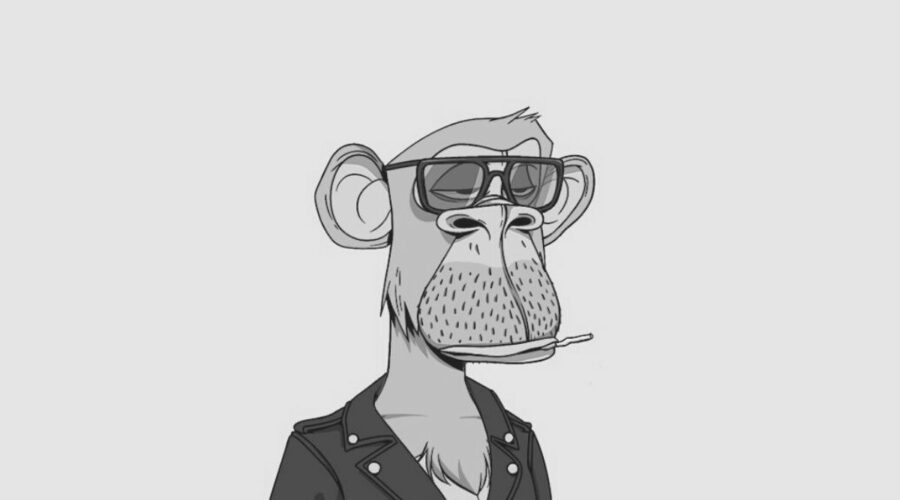 According to Etherscan data, on Monday, a seller under the name, ‘cchan.eth’ sold Bored Ape #835 on OpenSea for 115 DAI. DAI is a stablecoin whose value is pegged to the dollar, meaning the entity received only $114.74 while ($5.74) went to OpenSea fees. 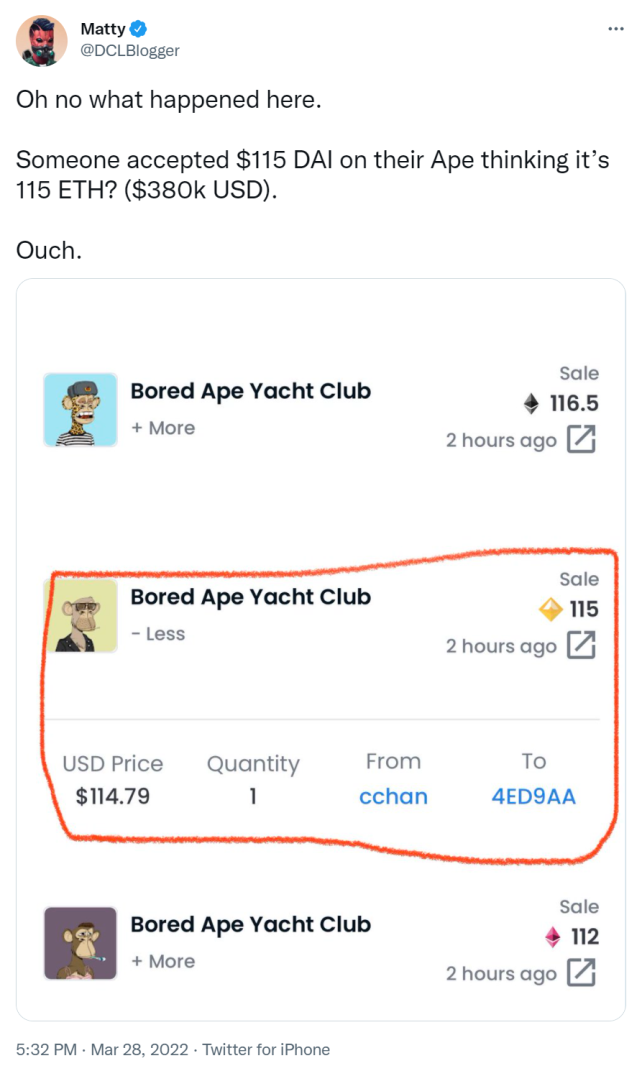 Following the strange trades, some believe that the seller might have mistakenly thought that the said NFTs were on sale for the stated amounts in ETH rather than DAI, for various reasons.

A probable explanation for this error would be the seller mistaking the DAI logo, which denotes an orange diamond for Ethereum. However, this suggestion has been ruled out since OpenSea lists NFTs with their dollar value next to them, making it easier for anyone to notice any discrepancies. Others believe that it could be the same entity transferring the NFTs to himself.

The fact that the two NFTs were sold to the same entity has also brought up suspicions of an exploit. With OpenSea recently suffering a phishing attack that left NFTs worth millions of dollars missing, it is assumed that the seller could be the victim of such an attack.

Pseudonymous Twitter user and NFT collector ‘artchic.eth’  however suspects that the sale is a tax evasion attempt or a potential tax-loss harvesting scheme. Tax-loss harvesting is ‘the timely selling of securities at a loss to offset the amount of capital gains tax due on the sale of other securities at a profit.’ It is a tactic used to avoid paying taxes as evaders would say they made zero to no profit off a sale.