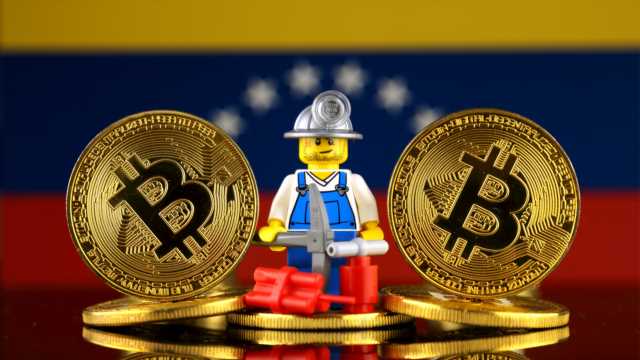 Authorities seized more than 400 Bitcoin miners in Venezuela this weekend in two major confiscations. Local reports indicate military personnel seized 332 miners from a transport truck. In another procedure, authorities seized 72 miners hidden in a house. These activities resulted in the apprehension of four individuals. Mining in Venezuela is perfectly legal, but it requires permits and licenses from Sunacrip.

Authorities in Venezuela seized more than 400 mining machines last weekend in two separate events. In the first, 332 miners were seized at a control checkpoint in the Portuguesa state: 56 Inosilicon T2s, 136 Antminer S9J-14.5Ts, and 140 Aladdinminers. These miners were being transported from one city to another in a truck. The authorities also apprehended the truck holding the cargo.

In another event, authorities seized 72 miners hidden in a home located in Barinas state. Military personnel captured three individuals present at the time. All of the miners seized were found to belong to a criminal organization, reports note. The seized miners are now in possession of Sunacrip, Venezuela’s national cryptocurrency watchdog.

This is not the first time such massive seizures have happened in the country. Authorities also seized 499 Bitcoin miners in the Barinas state five months ago. Military personnel, tipped off by documentation inconsistencies, further seized 76 miners last April.

Lack of Licenses and Permits

While there have been horror stories regarding bitcoin mining in Venezuela, the activity is technically legal. However, this does not mean police and the military play nice with miners.

According to reports from the authorities, the miners lacked the necessary permits to both operate these machines and transport them. Sunacrip, the national cryptocurrency watchdog, issues these permits, and miners need to register their activities and machines with the organization.

Still, some miners prefer to go underground and mine without permits to avoid government oversight. In certain mining communities, there is still a lack of confidence in institutions that makes them avoid registering to remain anonymous. While there are no official numbers, some estimate that most miners still lack these licenses and are prone to face these regulatory problems.

Since the launch of the Petro in Venezuela, the first national cryptocurrency, the government of Nicolas Maduro is attempting to present a friendly face towards cryptocurrency. But on the mining side of the equation, some miners are still hesitant about the idea of operating openly.