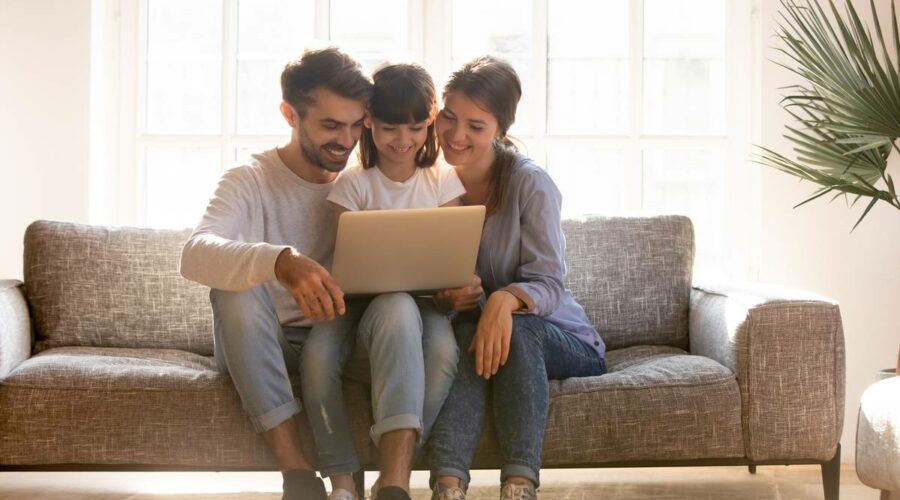 Your monthly internet bill has so far been immune to the “inflation nation” phenomenon.

But that could well change in a few months, wiith Ultrafast Broadband (UFB) network operators set to raise their wholesale prices.

And the early indications are that retail internet service providers will pass on the price rise to consumers.

One industry veteran told the Herald that 5 per cent price increases were on the cards for consumers, while one UFB operator has already confirmed a 5.9 per cent wholesale price increase.

The new regulatory regime allows it one price increase per year.

“Chorus isn’t insulated from the effects of inflation. There are increased costs for us throughout the supply chain from our service companies, freight, labour and increased electronic equipment costs,” Chorus spokesman Steve Pettigrew told the Herald.

The company will consult on price changes during May, then announce its decision in July – after which increases will kick in after 60 working days. (Smaller UFB companies are on an accelerated schedule and will raise prices from July 1).

Will retailers pass on the increased pricing?

“The wholesale cost of fibre is now approximately 60 per cent of the most popular broadband plan, at a time when retail telecommunications costs have steadily fallen against the CPI index over the last decade and a half.

“While no decision has been made, the reality is these regular wholesale cost increases will be increasingly difficult to keep absorbing.”

A spokeswoman for Spark said, “We are always looking to provide great value to our customers, but we can’t avoid the fact that these increases [from UFB wholesalers] are material and are contributing to the effect inflation is having on the cost of our goods and services.”

While Chorus is still in an assessment phase, its smaller peer Enable, which holds the UFB contract for Christchurch and surrounding areas, has already made up its mind.

“This year we are increasing our wholesale prices in line with the December CPI rate of 5.9 per cent,” Enable spokesman Daniel Herd said.

And Tuatahi Fast Fibre (formerly Ultrafast Fibre), which offers UFB fibre in several central North Island towns, has already decided on a round of increases.

“The exception will be a zero price increase on our most popular 300/100Mbps product, which has 103,000 services – approximately 60 per cent of all our customer connections) -This product will not see the wholesale price increase until February 28, 2023,” Ritchie said.

“[But] Infrastructure networks are also exposed to these challenging inflationary pressures. The costs we incur in maintaining and operating our fibre broadband network – which is an essential service – are generally increasing.

“We feel the 4 per cent increase, which is likely well below the end March 2022 quarter anticipated CPI rate, strikes the right balance.”

Pettigrew indicated that Chorus might take a similar tack with its entry-level UFB pricing.

“Ahead of the consultation process, no decisions have been made – but FWA [fixed-wireless access] competition factors in our early thinking,” he said.

Fixed-wireless (or “wireless broadband”) services from Vodafone, Spark and 2degrees use a mobile network to deliver broadband to a home or small business.

While a recent Commerce Commission broadband monitoring report rated fibre ahead of 4G fixed-wireless for households who want Netflix streaming to multiple streams, Pettigrew noted that the mobile players were upping their game.

“Recognising that 5G higher-speed fixed wireless services are coming, we are keen to encourage the uptake of higher-performance broadband plans that offer gigabit and above speeds – including the 2/4/8Gbps Hyperfibre plans,” he said.

Tellingly, Llewellyn said Vodafone had no plan to increase its wireless broadband pricing.

At the other end of the performance spectrum, Chorus has just introduced a “Home Fibre Starter” plan, with modest speed (50Mbit/s up and 10Mbit/s down) suited to light internet users but a wholesale price of just $38 per month if a retailer pledges to sell the plan for $60 per month or less – “and that’s unlikely to change,” Pettigrew said.

Chorus has only limited wriggle room, regardless, given the company is entering a new regulatory regime under which the Commerce Commission sets its maximum allowable revenue, and regulates its “anchor” pricing – or the pricing of its most popular plan.

If the price of the cheapest UFB plans is held for several months, and the price of other plans increases by “only” 4 or 5 per cent, that could be regarded as a win, of sorts, for consumers – or at least not a worst-case scenario as household budgets get spread thinner and thinner.

Consumer prices rose at the fastest pace since 1990 last year, with inflation hitting 5.9 per cent at the end of 2021.

On March 9, ANZ warned that inflation could hit 7.4 per cent for the second quarter, while ASB saw annual inflation ending 2022 at 5.7 per cent.