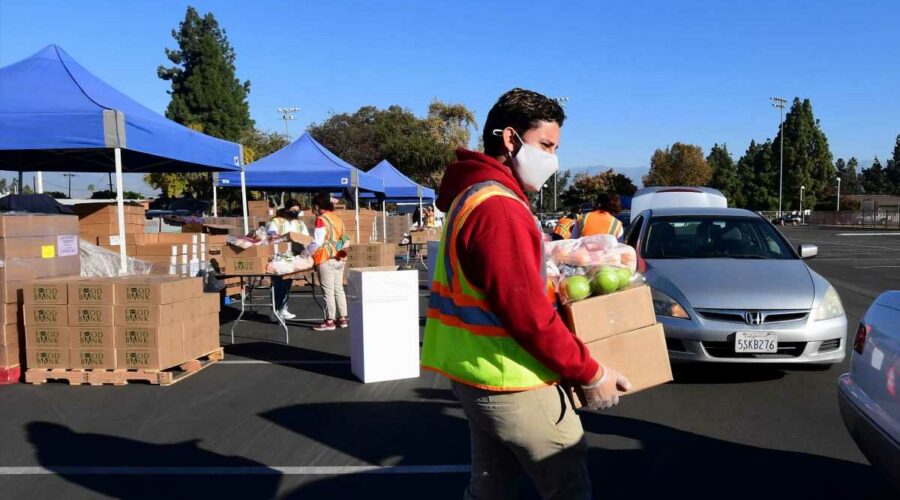 Long-term joblessness is nearing a record, as Washington lawmakers rush to pass another pandemic aid package ahead of a benefits cliff for the long-term unemployed.

Long-term unemployment is a period of at least six months without a job. It's an especially risky stretch of joblessness relative to household finances, say some economists.

About 4.1 million unemployed Americans were long-term unemployed in February — up by about 3 million people over the past year, according to the Bureau of Labor Statistics.

Such workers accounted for 41.5% of all jobless workers last month, according to the agency, which issued its monthly jobs report on Friday.

That share has steadily grown during the pandemic. It is quickly approaching the historical peak hit in the aftermath of the Great Recession: 45.5% in April 2010.

Meanwhile, Democrats in Congress are trying to pass a $1.9 trillion Covid relief bill and get it to President Joe Biden for signature by the end of next week.

Millions of long-term-unemployed workers are poised to lose unemployment benefits after March 14.

The House on Saturday passed a bill, the American Rescue Plan Act of 2021, that would extend benefits through August. The Senate is considering the measure.

Senate Finance Committee Chairman Ron Wyden, D-Ore., said Wednesday that he wants to extend benefits by an additional month. Otherwise, the so-called benefits cliff would occur during a congressional recess, a potential stumbling block if lawmakers want to extend the timeline again.

More from Personal Finance:
How to get it right when naming an executor for your estate plan
If you got a voucher for canceled plans, now is the time to use it
Women lag behind men in saving for retirement

"I'm going to fight like hell to get this extended to September," Wyden said. "It defies common sense for Congress to set up another cliff, and it's in the middle of August."

Long-term unemployment is an especially dangerous period of joblessness, according to labor economists.

For one, household income may drop significantly. But the dynamic also makes finding a new job more difficult, scars workers' long-term earnings potential and raises the odds of losing a job (if they find one) down the road, economists said.

There remain 9.5 million fewer jobs than before the pandemic.

But the unemployment rate was little changed — 6.2% in February versus 6.3% in January. And unemployment rose for some groups, like Black workers and those without a college degree.

The U.S. is distributing vaccines to beat back the coronavirus and Democrats may soon infuse $1.9 trillion of spending into the economy. However, pain will likely persist, at least in the short term, before widespread vaccine rollout and the accompanying resumption of economic activity.

Meanwhile, the prevailing weak growth is troublesome for the long-term unemployed, according to economists. Finding work is already more difficult for such individuals, and tepid job improvement makes that task all the more challenging.

Businesses may look unfavorably on long gaps in employment, for example. Jobs may not be available to workers in hotels, restaurants or other hard-hit industries. Employers in other industries may not readily hire a candidate with less experience than others.

"The longer they're out of a job, the harder it is to find a new one," Williams said. "That holds in this period, as well as in good times."

Unemployment benefits can offer some income support to those who qualify. But they're at the mercy of federal lawmakers, who must pass legislation to extend benefits.

Aid typically lasts up to six months, though Congress has twice passed legislation to extend the duration of benefits.

"The income stream isn't 100% certain," said Nick Bunker, economic research director at jobs website Indeed. "It really depends on what happens in Washington and the timing of certain bills passing."

In fact, almost 3 million workers appear to have lost their benefits the week after Christmas due to the timing of a $900 billion relief package passed in December.