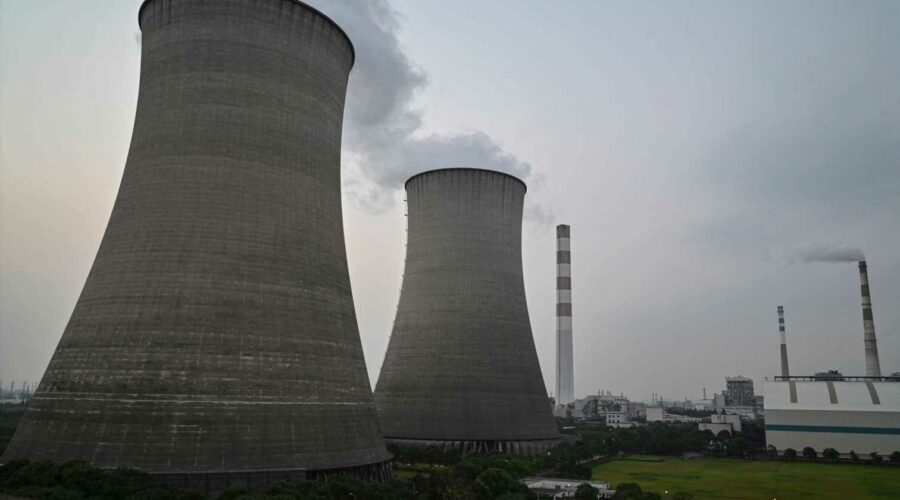 BEIJING — Local Chinese authorities have abruptly ordered power cuts at many factories in the last week, reflecting a system trying to react to a number of directives from Beijing, and macroeconomic developments.

While a few economists have cut their forecasts on China's GDP growth as a result, others are still waiting to see the scale of the impact.

Here's a broad overview on how the power crunch developed:

Back in late 2020, China stopped buying coal from Australia, once the Asian giant's largest source of imported coal. Political tensions between the two countries have escalated after Australia supported an investigation into how Beijing handled the coronavirus pandemic.

Meanwhile, historically cold weather that winter drove up demand for coal. Some cities reportedly restricted electricity use in homes and factories.

Alongside a global surge in commodity prices, thermal coal, the primary fuel for electricity production, saw prices soar by more than 40% over 12 months to around 777 yuan per metric ton ($119.53) in December 2020 on the Zhengzhou Commodity Exchange, according to data from Wind Information.

As spring approached, central government authorities announced five-year targets for the country to achieve its publicly declared goal of reaching peak carbon emissions by 2030. China aims in the next five years to boost the share of non-fossil fuels to about 20% of energy consumption, up from about 15% currently.

But as China tried to shift to renewable energy, a severe drought hit the hydropower center of Yunnan province. Water-generated power declined year-on-year in July and August by more than 4% each month, according to the National Development and Reform Commission.

Wind-generated power has also slowed its growth, rising 7% in August from a year ago, down from 25.4% growth in July, the commission said.

The bulk of electricity in China is still generated by coal. Year-on-year growth in electricity use has surged to its highest in a decade, according to data accessed through Wind.

The smart grid of the future requires billions in upgrades. These stocks will benefit

In addition to extreme temperatures, factories are demanding more electricity as they rush to fill global orders for Chinese goods. Exports have surged by double digits amid the pandemic.

"Demand for power has risen with China's economic recovery," Eurasia Group analysts wrote in May. They noted that "several industrial hubs along China's eastern coast, including Guangdong, Zhejiang, Jiangsu, and Shandong, have warned about potential temporary power supply shortages during the summer peak season."

In June, state-backed Securities Times reported of some power restrictions in parts of the export hub of Guangdong.

Meanwhile, coal supply was falling as mines shut down in a national effort to reduce carbon emissions. The coal inventory of major power plants reached a ten-year low in August, according to Wind data.

But in mid-August, China's economic planning agency announced that 20 regions — accounting for about 70% of China's GDP per Nomura — failed to meet carbon-related targets, prompting local authorities to take action.

Some of the latest moves were quite abrupt. For example, on Sept. 23, management of a high-tech business area in Hunan province ordered power restrictions, effective immediately, according to a copy seen by CNBC. The curbs are set to last through Thursday, the day before China's National Day holiday that runs Oct. 1 to 7.

On Sunday, state-backed Securities Times reported of major power cuts for factories in Guangdong's manufacturing hub of Dongguang city for the same week. The report also noted sudden power outages in many parts of northeast China, including residential areas in Liaoning province.

"The power outage means products cannot be delivered on time," said Wen Biao, general manager at Qianhe Technology Logistics Co. in Shenzhen, Guangdong province. He said the situation is the same in Shanghai and the port city of Ningbo.

The drop in production has cut demand for shipping overseas, and prices for shipping to the U.S. West Coast have dropped to $9,000 per container, down from $15,000, he said, noting the declines began Sept. 24.

In all, Reuters reported that more than 10 provinces and regions have restricted power use.

For context, Guangdong province accounts for about 23% of China's exports by value, while Liaoning accounts for 1.6%, according to official data for January to August.

China is facing an energy crisis. Here's how to play the market, according to Jefferies

China’s ‘common prosperity’ push could put Tesla and these other stocks at risk, BofA says

The abrupt power cuts have also given foreign businesses pause on whether to invest more in China-based supply chains. Some businesses that had planned investments of tens of millions of U.S. dollars in China are now looking at Southeast Asia instead, said Johan Annell, partner at consulting firm Asia Perspective.

This week, China's State Grid and National Development and Reform Commission pledged to ensure power, especially for residents, and said they would take measures such as allowing greater production of coal and increasing coal imports.

The commission said power demand this winter could exceed the peak levels of this past summer and winter.

Thermal coal prices have nearly doubled this year, and traded just over 1% lower around 1,319.80 yuan per metric ton as of midday Thursday.

The shock to many Chinese factories comes as investors worry about fallout in the massive real estate sector as indebted property giant Evergrande warns of default. Together with related industries like construction, real estate accounts for about a quarter of China's GDP, according to Moody's.

After the industry's roughly two decades of rapid, debt-fueled expansion, regulators have stepped in with tighter rules on how much developers can borrow.

When it comes to the economic impact, Dan Wang, Shanghai-based chief economist at Hang Seng China, said she would "focus more on the restrictive policies in the property market."

She attributed the power curbs mostly to an inability of authorities to adjust the electricity price, which is largely set by the state. Wang said factories' rush to fill global demand has also created overcapacity.

"The impact from the power restriction is equivalent to a natural disaster," she said.

"The power cuts by themselves may not be significant enough, but combined with the property sector slowdown and regional Covid outbreaks, they do make me worry more about GDP growth in Q4," said Zhiwei Zhang, chief economist at Pinpoint Asset Management. "I have lowered my forecast for Q4 to around 4% from 5%, with risk on the downside."

Economists at other financial institutions have mostly held off on forecast cuts and are waiting to see how significant the drop in production is.

Also weighing on growth is a crackdown on major internet technology companies for alleged monopolistic practices. A sudden order in July that after-school tutoring companies restructure as non-profits has put hundreds of thousands of jobs — and incomes — in question.

Consumer spending, a major driver of Chinese economic growth, has also been sluggish since the pandemic as Covid-related restrictions have kept many people from traveling and eating out.