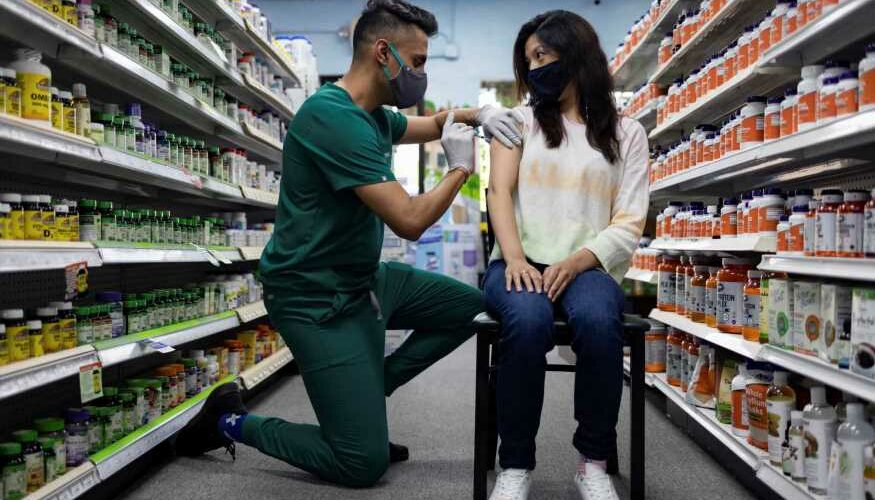 More than 400,000 Americans received a Covid-19 booster shot at pharmacies over the weekend after the CDC cleared third doses of Pfizer and BioNTech's vaccine to a wide array of Americans, White House coronavirus response coordinator Jeff Zients said Tuesday.

Nearly 1 million people have scheduled to get their extra dose at a pharmacy over the coming weeks, he told reporters at a press briefing, adding that the state and federal preparations for boosters have "propelled a strong start."

"At the same time, our top priority remains first and second shots," he said.

Overall, roughly 2.8 million Americans have received an extra dose since health officials authorized the third shots of Pfizer or Moderna's vaccines to people with weakened immune systems in August, according to data compiled by the Centers for Disease Control and Prevention.

Zients' comments come as federal health officials say they are seeing a decline in protection against infection several months after people received their first two doses. The shots remain highly effective against severe disease, hospitalizations and deaths, they said.

CDC Director Dr. Rochelle Walensky on Friday signed off on a series of recommendations, including distributing the shots to older Americans and adults with underlying medical conditions at least six months after their first series of shots.

Walensky also approved booster shots for those in high-risk occupational and institutional settings, a move that overruled the agency's Advisory Committee on Immunization Practices after it rejected the same proposal hours earlier.

President Joe Biden received a booster shot on Monday since his age at 78 made him eligible for a booster under the CDC's latest guidance.

Walensky said last week that officials will move "with the same sense of urgency" on recommendations for Moderna and Johnson & Johnson boosters as soon as that data is available.

Moderna submitted its application for booster shots on Sept. 1 and J&J said Wednesday that it also submitted its data showing that an extra dose of its single-shot vaccine raises protection against infection to 94%.

02/10/2021 Business Comments Off on White House says more than 400,000 Americans received a Covid booster shot at pharmacies over the weekend
Markets