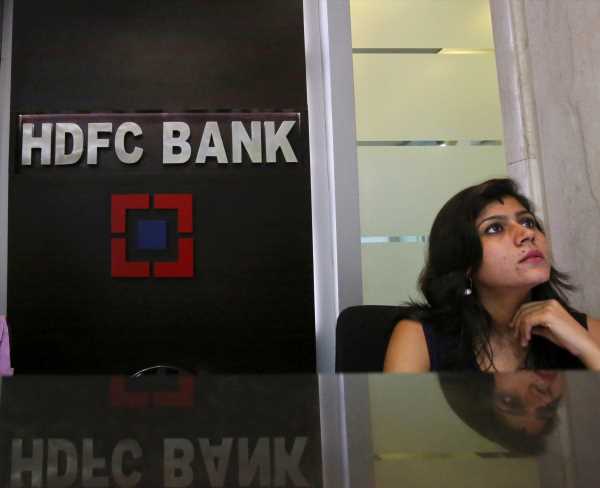 With the rise in interest rates, bond yields have been on the rise; this will dent banks’ treasury profits.
Also, many retail borrowers may find it difficult to service their loans when the loan rates rise, points out Tamal Bandyopadhyay. The Indian banking industry has never had it so good.

The collective net profit of listed banks for FY22 is Rs 1.57 trillion, the highest in history.

The industry’s net profit rose 61.25 per cent, and public sector banks (PSBs) have performed better than their private peers.

Central Bank of India and Punjab & Sind Bank, which had made losses in FY2021, are back in the black with over Rs 1,000 crore (Rs 10 billion) net profit each.

Higher interest income has played a role in pushing post-tax profits up even as other income, consisting of fee income and treasury profits, is muted, particularly for PSBs.

The key contributing factor for profits is the dramatic drop in provisions for bad loans.

This is a happy omen, which signals that fresh slippages have been arrested and the quality of assets has got better. Besides, most banks have already provided for their bad assets to a large extent.

Net interest income, or NII — the difference between what banks earn from loans and the interest they pay on deposits — rose 10.41 per cent for the industry, from Rs 4.72 trillion in FY21 to Rs 5.21 trillion in FY22. Among private banks, IDFC First Bank Ltd tops the chart with a 31.52 per cent rise in NII. And at 23.42 per cent, Bank of Maharashtra has the highest NII growth among PSBs.

When it comes to other income, private banks are way ahead of PSBs.

Their other income rose 13.5 per cent but, overall, the rise in the industry’s other income was only 5.86 per, dragged by PSBs for which it remained almost flat.

With the rise in bond yield, the treasury income dropped in the fourth quarter of FY22.

For private banks, the other income in the March quarter rose less than 1 per cent over the December quarter.

While PSBs’ other income rose in the March quarter over the December quarter, year-on-year (March ’22 over March ’21), it fell over 25.5 per cent.

At least three private banks, including ICICI Bank, have shown a drop in other income in FY22. And five of 11 PSBs, including State Bank, recorded a drop in their fee and treasury profits for the year.

For two each from among private banks and PSBs, the drop in other income was in double digits.

A sharp 27.32 per cent drop in provisions has bolstered their bottomline.

The average drop in provisions for both private banks and PSBs is almost identical.

Bandhan Bank’s provision for the year has more than doubled.

Among large banks, SBI and ICICI Bank have made 44 per cent and 47 per cent less provision, respectively, while HDFC Bank’s provision is marginally down — 4 per cent.

Overall, the banking industry’s provision dropped from Rs 2.26 trillion to Rs 1.64 trillion, the lowest since FY17.

They could afford to set aside less money for rotten loans as the quality of loan assets has improved and fresh slippages have been arrested for most banks.

The drop in net NPAs is even sharper — 21.15 per cent for the industry (from Rs 2.35 trillion to Rs 1.85 trillion). Here, performance of public and private banks is similar. All PSBs have brought down their gross NPAs but among private banks, five have seen higher gross NPAs.

The list includes HDFC Bank, Bandhan Bank, IDFC First Bank and RBL Bank. After provisioning, except for IndusInd Bank Ltd, every bank has brought down its net NPAs.

Barring RBL Bank and DCB Bank Ltd, the gross NPAs as a percentage of loans dropped for all banks in FY22.

For a few of them, the drop was significant. For instance, Dhanlaxmi Bank’s gross NPAs dropped from 9.23 per cent of loans to 6.32 per cent.

HDFC Bank and Catholic Syrian Bank Ltd have the lowest gross NPAs (less than 2 per cent each), while IDBI Bank Ltd has the highest, 19.14 per cent.

Five banks continue to have gross NPAs in double digits.

For the industry, the percentage of gross NPAs has been the lowest in six years.

All banks have shown a drop in net NPAs.

At least seven private banks, led by HDFC Bank, have less than 1 per cent net NPAs on their books in March 2022.

Others in this pack are ICICI Bank, Kotak Mahindra Bank, IndusInd Bank, Axis Bank, Catholic Syrian Bank and Federal Bank. The lone PSB representative on this list is Bank of Maharashtra.

Among private banks, Yes Bank had the maximum net NPAs — 4.53 per cent.

Overall, FY22 has been a good story.

Most banks are adequately capitalised; the burden of stressed assets is going down; and, they have made provisions for bad assets.

The Reserve Bank of India’s December 2021 Financial Stability Report, a bi-annual health check of the industry, had estimated that the banking sector’s gross NPAs might rise from 6.9 per cent in September 2021 to 8.1 per cent by September 2022 under the baseline scenario and to 9.5 per cent under a severe stress scenario. The scene is likely to be better.

Will it last? We will have to wait and watch. There are new challenges.

With the rise in interest rates, bond yields have been on the rise; this will dent banks’ treasury profits.

Also, many retail borrowers may find it difficult to service their loans when the loan rates rise.

A few banks may have resorted to evergreening — giving fresh loans to their borrowers to pay off the old loans.

This has happened particularly for small loans.

The loan portfolios of such banks have grown significantly, while the number of borrowers has not. This lets the cat out of the bag.

Also, what percentage of restructured loans will turn bad is anybody’s guess now.

Let’s celebrate the performance of banks in FY22, but let’s not throw caution to the wind. We all know seeds of bad loans are sown in good times.

Tamal Bandyopadhyay is a consulting editor with Business Standard, is an author and senior adviser to Jana Small Finance Bank Ltd.