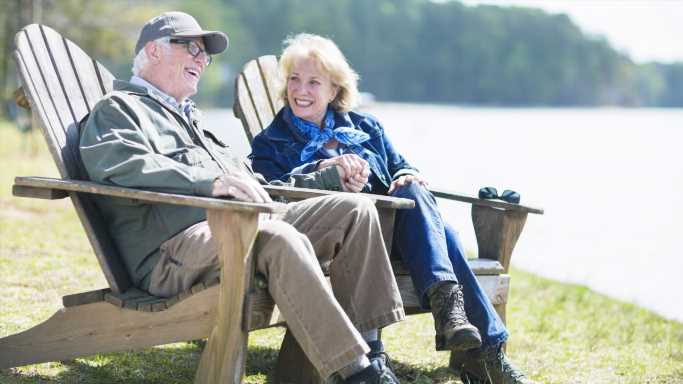 The consumer price index surged by 7% in December of 2021, the fastest rate in four decades. Surging inflation is a troubling development for the millions of American retirees relying on fixed incomes and those whose savings are invested in equities markets – and should serve as a wake-up call for the one in every four American adults with no retirement savings.

While budgeting for retirement can be difficult, it is essential for those who want financial security throughout their retirement. Including a small financial cushion for unforeseen expenditures and economic challenges, the average 65-year-old American can expect to spend about $1,067,000 throughout retirement. Here are 19 things to do if you want to retire early.

Exactly how much Americans should plan on spending throughout retirement, however, varies based on where they live. Using data from the Bureau of Labor Statistics and the Bureau of Economic Analysis, 24/7 Wall St. calculated what it costs to retire in every state. Our calculations are based on average annual consumer spending, adjusted for regional cost of living and life expectancy.

Depending on the state, average expected retirement spending ranges from less than $850,000 to nearly $1.3 million. States with the highest retirement costs are those with higher than average living expenses and where average life expectancy at age 65 exceeds the 19.5 additional years (to age 84.5) national average. This is the state where retirees are most likely to move.

Of course, estimated retirement spending is not synonymous with retirement savings. For example, once Americans reach age 62, they can start collecting Social Security retirement benefits, which amounts to an average monthly payment of $1,560 and can be as high as $3,240 per month. While this is not nearly enough to cover most spending, it is a significant source of income that should be considered when deciding on savings needs. Retirement spending and financial needs also vary considerably from one person to the next, depending on their lifestyle.