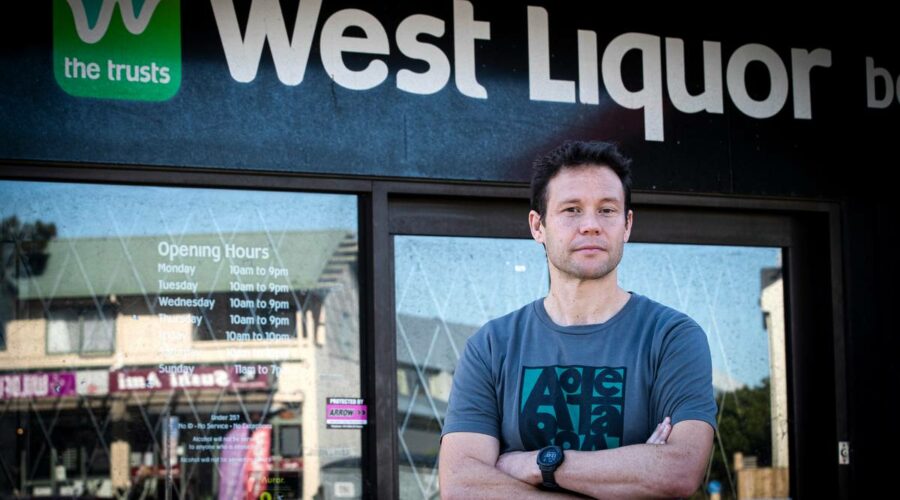 A group pushing for change to sale-of-liquor laws in West Auckland is now on the verge of gaining enough signatures to force a referendum. As things stand, the community-owned Portage and Waitakere Licensing Trusts (commonly known as “The Trusts”) have a lock on bar and bottle-store sales in most of West Auckland – meaning no beer or wine in supermarkets or independent liquor chains, and few pubs not controlled by The Trusts. Should Westies vote to end the Trusts’ monopoly? The Herald asked The Trusts CEO Allan Pollard and Trusts Action spokesman Nick Smale (below) to put their respective cases. Read Pollard’s pitch here.

More than 75 years since they first appeared, licensing trust monopolies endure in just two corners of New Zealand, the Deep South and Auckland’s West. Originally designed to curb alcohol related harm, there remains no objective evidence of any such benefit. Yet they survive, not because they work, but because people like them. What is it that endears a trust to their community? The short answer is money, much of it from pokies.

In 2003, the then Minister of Internal Affairs George Hawkins ushered through the Gambling Act to toughen up on what was a fast-growing, and increasingly corrupt, sector. The new Act prohibited pub owners from influencing (or benefiting from) the grants distributed from the pokies at their bars. This spelt disaster for licensing trusts, who relied on those pokie grants to build favour amongst their communities.

The Trusts kicked into action, lobbying Minister Hawkins for special treatment but were rebuffed in no uncertain terms, with Hawkins telling them to focus on running their liquor business. But The Trusts eventually got their way, with David Cunliffe convincing Helen Clark to carve out a special exemption for licensing trusts. Hawkins fell into line and an amendment was duly enacted in 2005.

West Auckland’s Trusts were then still wearing the scars from a recent battle. Voters had chosen to retain the monopoly in 2003 after a fierce campaign fought between The Trusts and the supermarkets.

The Trusts had promised $80 million in grants over 10 years (which they said was only possible if the monopoly was retained), had delivered a fire extinguisher to every household shortly before the vote and, in the month of voting, distributed $1 million to local schools (along with letters taken home by pupils urging parents to vote for trust control). But this was all pokie money – a funding stream unaffected by the vote result. West Aucklanders were duped.

Times may have changed, but The Trusts’ strategy remains remarkably similar today. People vote with their hearts as much as their heads and handing out charitable grants is an effective way to build favour and trust.

The Trusts’ market research shows people who directly benefit from a grant are more than twice as likely to vote for the continued monopoly – 70 per cent for those who had benefited versus 33 per cent for those who had not. The Trusts are not oblivious; elected members are required to consider how they can get “best value in terms of returns and recognition for The Trusts” when deciding their programme of charitable giving. Self-promotion dressed-up as charity.

So again, giving back will be the cornerstone of The Trusts’ pitch to the public. Actively promoting pokie grants is no longer acceptable but they have distributed $10 million over the last eight years from their own profits and there are no limits to their promotion of that. The Trusts are a golden goose they will say once more. But again, it’s deception.

Without a monopoly, The Trusts and the considerable community assets of which they are stewards, do not evaporate. A licensing trust with competition effectively becomes a community trust, without an obligation to liquor and gambling, but instead the freedom to deliver maximum benefit to their community.

As a benevolent investor with circa $140 million, even modest returns would deliver more funding to the many worthy community organisations across West Auckland than they receive today. There is not a trade-off between choice and funding; competition will deliver more of both.

But save for a miracle of conscience, such analysis will not be forthcoming from The Trusts’ office. Though they are theoretically democratic, it is a democracy beset with dysfunction.

The publicly-funded CEO is the leading voice for monopoly whilst the politicians remain firmly in the background. They are adamant they know what’s best for us, having committed to a “costly battle of hearts and minds” and will leave “no stone unturned to ensure the public make the right decision”. Transparency and political neutrality are all sadly lacking.

What will be forthcoming is comparisons of outlet counts between West and South Auckland. Not because South Auckland has more bottle stores than elsewhere (it doesn’t) nor because bottle stores there are proliferating (they aren’t). The comparison is chosen to invoke fear and exploit existing stereotypes. There are good arguments for reducing bottle store numbers in vulnerable communities, but the 1989 legislation which allowed unfettered proliferation is long gone.

Support for competition is not support for wholesale liberalisation. More can and should be done to address alcohol-related harm but trust monopolies are not, and have never been, effective.

The benefits are an illusion, but the costs are real. Competition will deliver more choice and better options in retail and hospitality, jobs, investment and vibrancy to our suburbs along with more charitable funding for community groups. The choice is clear, if West Aucklanders are willing to look a gift horse in the mouth.

– Nick Smale is a spokesman for the West Auckland Licensing Trusts Action Group, an independent non-profit volunteer group campaigning for an end to The Trusts’ monopoly. It has received $14,000 in donations, detailed on its website.