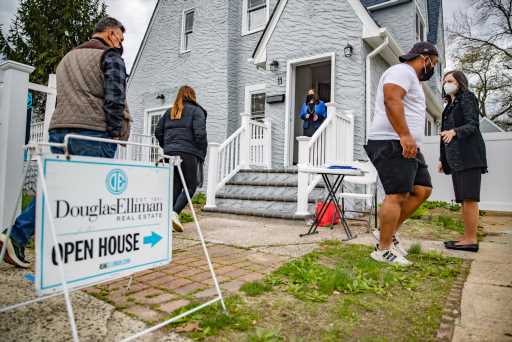 Homeowners saw an opportunity last week and seized it. A sudden and unexpected drop in mortgage rates sent borrowers to their lenders in droves, hoping to save on their monthly payments.

Applications to refinance a home loan jumped 20% last week from the previous week, according to the Mortgage Bankers Association's weekly index, which was seasonally adjusted, including for the Fourth of July holiday.

Refinance demand is highly sensitive to weekly and even daily rate moves. While the drop wasn't exactly huge, it was enough, given that rates were expected to start moving higher with the stronger economy.

"Treasury yields have trended lower over the past month as investors remained concerned about the Covid-19 variant and slowing economic growth," said Joel Kan, MBA's associate vice president of economic and industry forecasting. "Mortgage rates fell for the second consecutive week as a result, with the 30-year fixed rate hitting 3.09%, its lowest level since February 2021."

Kan noted that there may have been a delayed spillover of applications from the previous week, when rates also decreased but there was not much of response in terms of refinance applications.

Refinance demand, however, was still 29% lower than the same week one year. Rates were actually slightly higher at this time a year ago, but lending was very tight. Lenders are now starting to loosen up a bit, given slower demand for home loans, and that may be giving some borrowers opportunities for savings they couldn't get a year ago.

Mortgage applications to purchase a home rose 8% for the week, but were 29% lower than a year ago. The average loan size for purchase applications dropped to its lowest level since January.

"We continue to see ebbs and flows as housing demand remains strong but for sale inventory remains low. However, lower rates may be helping some homebuyers close on their purchases, especially first-time homebuyers," said Kan.

The supply of homes for sale is finally beginning to rise, and that may also be bringing some buyers back into the market after being edged out by the heavy competition over the past year.

Mortgage rates began to climb again this week though, after the consumer price index, one of the main benchmarks for inflation, rose at the fastest pace in nearly 30 years.