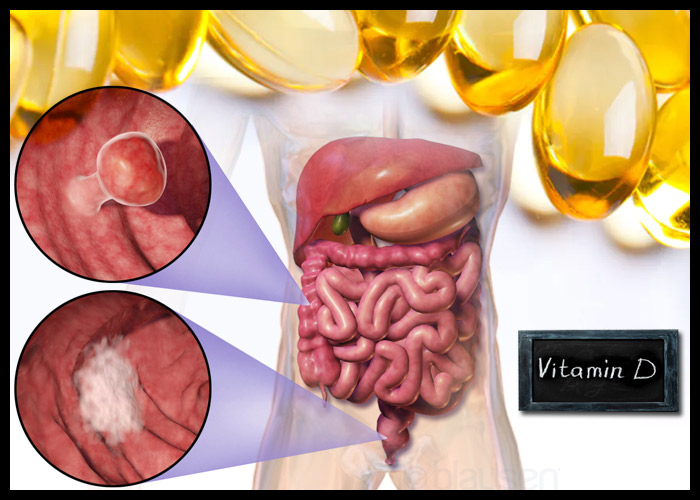 Increasing intake of Vitamin D might help preventing early-onset of colorectal cancer in young people, according to a new study.

Consuming higher amounts of vitamin D can protect against developing young-onset colon cancer, according to study recently by scientists from Dana-Farber Cancer Institute, the Harvard T.H. Chan School of Public Health, and other institutions, which was published online in the journal Gastroenterology.

The new research has found evidence that vitamin D might be an inexpensive and easy way to help prevent colon cancer.

“Vitamin D has known activity against colorectal cancer in laboratory studies. Because vitamin D deficiency has been steadily increasing over the past few years, we wondered whether this could be contributing to the rising rates of colorectal cancer in young individuals,” said Dr. Kimmie Ng, director of the Young-Onset Colorectal Cancer Center at Dana-Farber. “We found that total vitamin D intake of 300 IU per day or more — roughly equivalent to three 8-oz. glasses of milk — was associated with an approximately 50 percent lower risk of developing young-onset colorectal cancer.”

Foods that are rich in Vitamin D include fatty fish, like tuna, mackerel, and salmon; foods fortified with vitamin D, like some dairy products, orange juice, soy milk, and cereals, as well as beef liver and egg yolks.